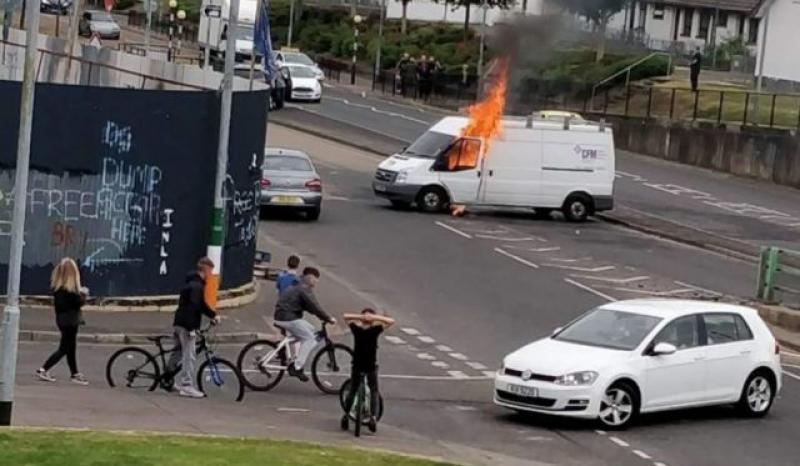 The leaders of all the main political parties have united to condemn last night’s violence in Derry and to appeal for calm. A joint statement on behalf of the leaders said: “Attacks on the police have been on-going for a number of days alongside other violence including sectarian attacks on houses, petrol bombs thrown at the police, intimidation of contractors, vehicles hi-jacked and attacks on sheltered accommodation. “The shots fired last night were a clear and obvious attempt to murder police officers. There must be a strong, clear and united voice against those who would engage in such disgraceful violence. “As a society we must all stand with those who maintain law and order and who protect all sides of our community. “We condemn any illegal activity and urge those who are damaging their own community and intimidating their neighbours to stop. We would urge people to work with the Police to bring those involved in criminality to justice. “We want to see a society where people can live together without the threat of intimidation or violence. Those who engage in such tactics must be shown that they will not succeed.”
ADVERTISEMENT - CONTINUE READING BELOW