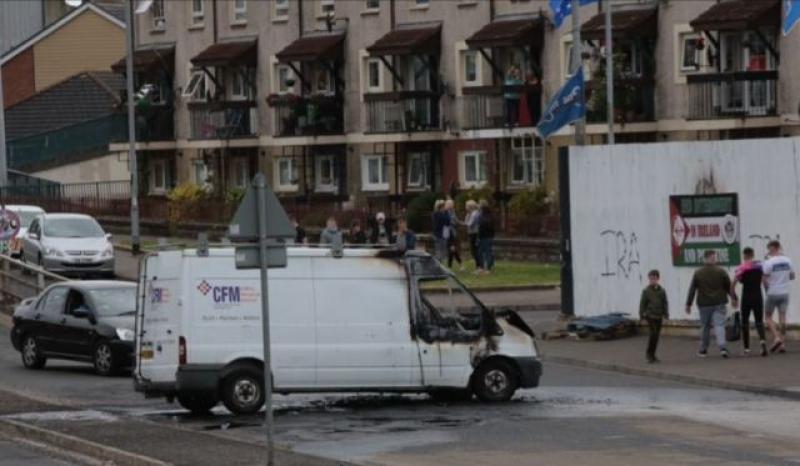 The Oireachtas' Good Friday Agreement Implementation Committee has called for calm after several nights of violence in Derry. The committee plays a role in informing debate on key areas of mutual interest regarding North-South co-operation. It includes Members of the Oireachtas and MPs from Northern Ireland, and offers an opportunity to foster better links and dialogue between parliamentarians from both sides of the Border. In a joint statement, the committee said: "Twenty years after the Good Friday Agreement was signed, significant progress has been made, but the violence of the last couple of days is an uncomfortable reminder of the lasting peace that still needs to be worked towards and achieved. "We wish to express our deep concern and alarm at reports of violence in the North over recent days, particularly in parts of Belfast and Derry. "This includes attacks on the police, sectarian attacks, the use of petrol blast bombs and the hijacking of vehicles. The incident on Tuesday which included shots being fired at police officers in Derry was of particular concern. "We condemn these acts of violence in the strongest terms. "Small numbers of individuals are causing much damage to property and putting innocent people’s lives at risk. Twenty years after the signing of the Good Friday Agreement, there is no place in our shared society for such despicable acts." "We wish to acknowledge the work of the police, emergency services, community groups, youth workers and members of the clergy to address these incidents. "We further wish to add the voice of the Committee to the statement of political leaders in the North in calling for calm to be restored, for law and order to be respected and for all those involved in criminality to be brought to justice. "As a Committee established to address outstanding elements of the Good Friday Agreement, we share the political leaders’ hopes and aspirations to see a society where people can live together without the threat and fear of violence or intimidation, and free from sectarian harassment."
ADVERTISEMENT - CONTINUE READING BELOW