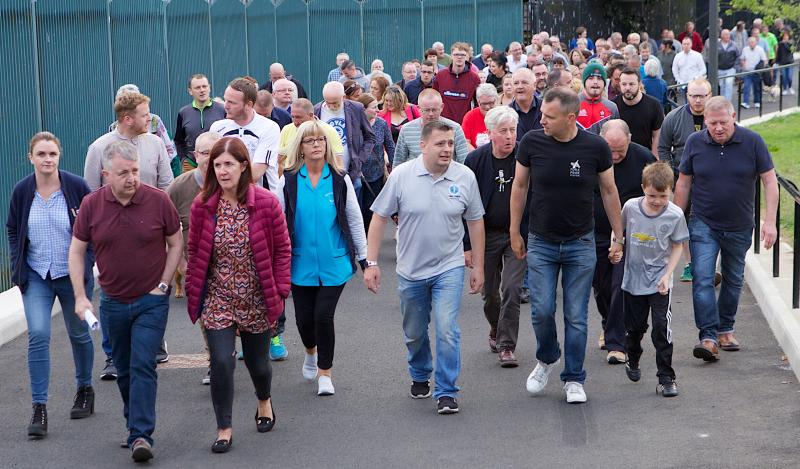 A rally against 'attacks on the community' in the Bogside area is being held in Derry tonight. The rally with gather at 7.30pm tonight at Fahan Street, Butcher Gate. The rally is being held in protest against the ongoing violence and disorder in the Bogside. Last night was the sixth night of trouble. Plastic bullets were fired at perpetrators last night, shots were fired at police on the Derry Walls on Tuesday night, there have been attacks on the Fountain Estate and petrol bombs have been thrown every day. Residents of the Bogside and elected representatives held a solidarity walk on Monday night in support of the residents of the Fountain coming under attack from the perpetrators of the ongoing disorder. There have also been hijackings and one incident was captured on camera of a member of the public driving a white van being targeted by a petrol bomber. A number of people have been arrested in connection with the disorder. In a statement from Unity for Purpose, the organisers of the rally, they said: “The Unity of Purpose Group comes from all walks of life – consisting of political leaders, public service providers, private business, communities and churches and we have one common goal – helping to build a safe and secure future for our people. “The recent violent behaviour we have seen against the people in the Fountain, the people in the Bogside and against the PSNI is not representative of this city as a whole, we are better than this. “It is clear that some of the young people who are involved in this criminal activity are unaware of the consequences of their actions and are being misled by adults with more sinister agendas. “This violence is putting lives at risk and together we feel we need to stop this now before someone is seriously hurt or a life is lost. “We plead with people from all sides of our community to come together with us and tell these people this activity will not be tolerated and it is not in our name. They cannot and will not succeed. “The Unity of Purpose Group members ask everyone in the city to come together this evening at 7.30pm at the junction of Fahan Street/Butcher Gate to reiterate our city’s shared, positive opposition to ongoing events centred around the Bogside/Fountain areas of the city.” The community are now calling for the public to mobilise in protest against the situation in the Bogside. Those interested in attending tonight's rally are being asked to gather in Fahan Street at Butcher Gate at 7.30pm. Pictured above: Members of the Bogside community and elected representatives pictured earlier this week walking to the Fountain in solidarity with its people who have come under attack during the trouble in the Bogside area.
ADVERTISEMENT - CONTINUE READING BELOW