UPDATE: PSNI confirm ongoing searches in the Bogside and Ballymagroarty areas of Derry connected to 'attempted murder' of police officers, army bomb squad understood to be at the scene 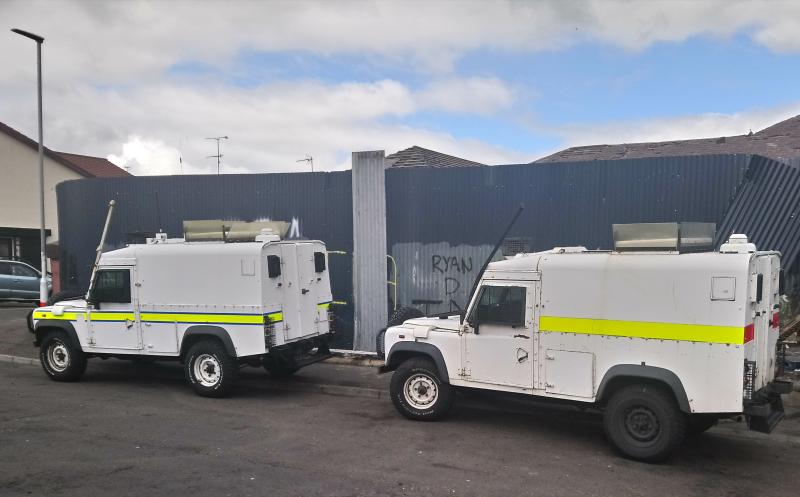 The PSNI are conducting searches in both the Meenan Square area and Ballymagroarty area of Derry. The search in the Bogside area is focused on an empty building and lands at the former Meenan Square shops complex. A number of vehicles, understood to be ATO (Army Technical Officers) arrived at the scene shortly before 1pm today, pictured above. A spokesperson for the PSNI said: "Detectives investigating the attempted murder of police officers during recent disorder in Derry, are carrying out searches in the area of the Bogside at Meenan Square and at a property in the Ballymagroarty area." However, the police did not clarify who the personnel were in the vehicles parked outside the vacant site at Meenan Square. "There are no further details at present," the spokesperson added.
ADVERTISEMENT - CONTINUE READING BELOW