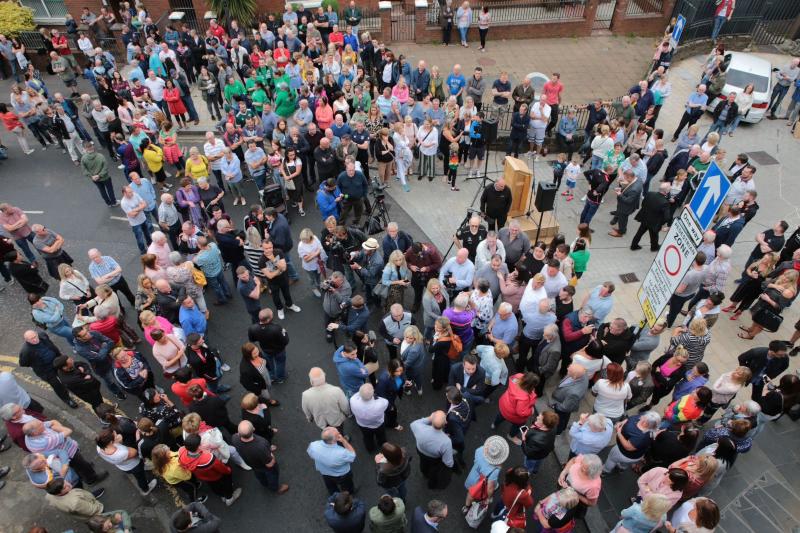 A solidarity rally was held in Derry this evening in opposition to the ongoing violence of recent days. The event was organised by the Unity of Purpose group, which is made up of a wide range of people including church leaders, political leaders, and saw hundreds of people converge on Fahan Street/Butcher Gate to voice their oppoistion to the continued disturbances. Among those who addressed the crowds was the Bishop of Derry, Dr Donal McKeown. Earlier today, the PSNI said it believed the dissident republican group known as the 'New IRA' was behind the recent unrest. A spokesperson for the Unity of Purpose group said: “The recent violent behaviour we have seen against the people in the Fountain, the people in the Bogside and against the PSNI is not representative of this city as a whole, we are better than this. “It is clear that some of the young people who are involved in this criminal activity are unaware of the consequences of their actions and are being misled by adults with more sinister agendas. “This violence is putting lives at risk and together we feel we need to stop this now before someone is seriously hurt or a life is lost. “We plead with people from all sides of our community to come together with us and tell these people this activity will not be tolerated and it is not in our name. "They cannot and will not succeed."
ADVERTISEMENT
Advertise with Us
ADVERTISEMENT
Advertise with Us