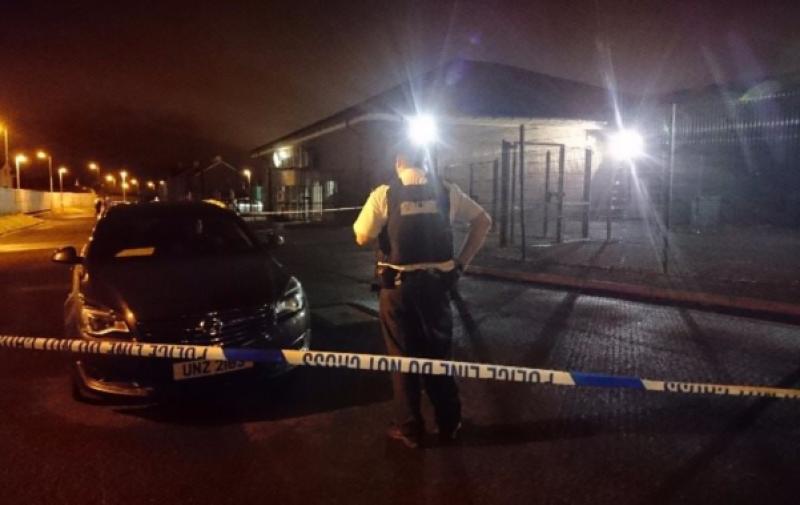 Detectives in Derry are appealing for witnesses and information following the report of a robbery at commercial premises in Strathfoyle last night, Saturday 14th July. Detective Sergeant Brian Reid said: "We received a report at 9:30pm that two masked men forced their way into a shop on Temple Road at around 9:20pm that evening. “An employee was struck on the head by one of the suspects with some type of instrument, and threatened at knife point. The suspects demanded money and subsequently fled the scene on foot with a sum of money, consisting of notes and coins. “Both suspects are described as being approximately 5’ 9’’ tall and wore dark-coloured clothing. One of the suspects was reported to have been wearing a beige-coloured flat cap.

“Police subsequently arrested a 42-year-old-man on suspicion of robbery, and he remains in custody assisting us with our enquiries. "The employee who was struck on the head was treated by the NIAS at the scene. Other staff members who were present at the time of the incident were not injured, however, they have been left shaken. "I am appealing to anyone who was in the Temple Road area last night, at around 9:20pm, and noticed any suspicious activity, or anyone who has information about this incident they believe may assist our investigation to get in touch. I would also urge any drivers who were in the area around this time and who have dash cams fitted to their vehicles to check their footage. Anyone with information is asked to contact Detectives at Strand Road on the non emergency number 101, quoting reference number 1382 of 14/07/18. “Alternatively, information can also be provided to the independent charity Crimestoppers on 0800 555 111 which is 100% anonymous and gives people the power to speak up and stop crime.”