Three youths aged 15, 16 and 17 appear in court on charges including rioting and being concerned in the supply of cocaine following last week's trouble in the Bogside area of Derry 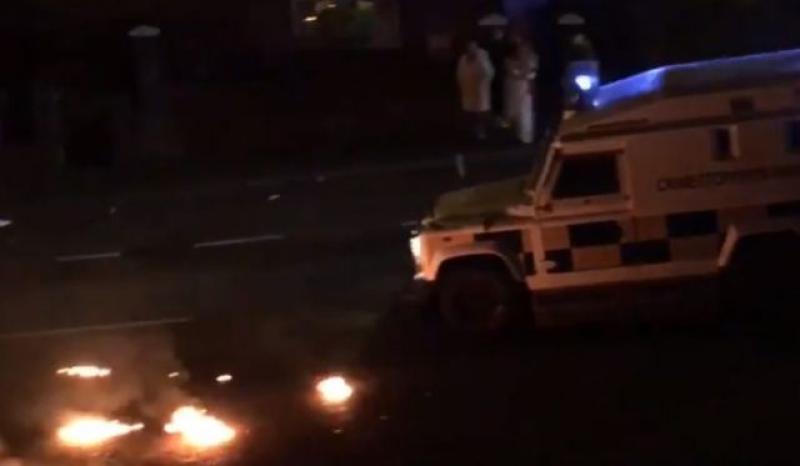 Three youths have appeared at Derry Magistrate's Court sitting in Omagh charged in connection with the disturbances in the city last week. One of them, a 15-year-old was charged with the arson of a car on July 10. He also faced a charge of riotous behaviour on July 9, possessing and throwing petrol bombs on the same date. A police officer connected him to the charges and defence solicitor Paddy MacDermott said his proposed address had fallen through so there was no bail application. He will appear later this week to see if a suitable address can be found. A 16-year-old has also appeared charged with possessing articles for use with petrol bombs on July 13 as well as making petrol bombs on the same date. A police officer connected him to the charges and bail was agreed on conditions. Before granting bail Deputy District Judge Brian Archer asked had there been any disorder in the last few days. A police officer said that while it was quiet there had been six consecutive nights of disorder. The youth was released on bail to observe a curfew from 8pm to 7am, not to enter the Bogside, not to be in a group of three or more and not to go within 500 metres of a police operation. The court was told all the evidence was police evidence. The youth will appear again on September 4. A 17-year-old youth has also appeared charged with possessing petrol bombs in suspicious circumstances, riotous behaviour and throwing petrol bombs on July 12. The youth was also charged with six drug offences including possessing cannabis and cocaine with intent to supply, possessing those drugs and being concerned in the supply of both drugs. All of these offences were said to have occurred on July 13. A police officer connected the youth and there was no application for bail. He was remanded in custody to appear again on August 9.
ADVERTISEMENT - CONTINUE READING BELOW