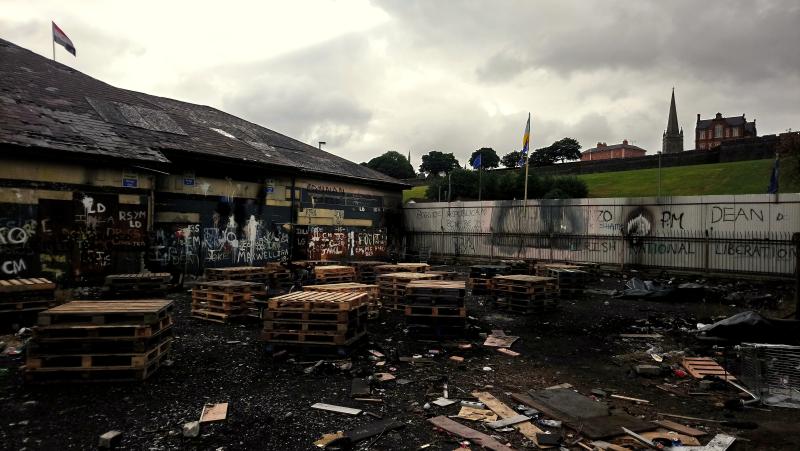 Derry's council is to look at demolishing empty buildings at Meenan Square in the Bogside after a special meeting was held this afternoon to discuss the recent violence in the city. The special meeting of Derry City and Strabane District Council was called to discuss the recent trouble which saw six consecutive nights of unrest in the Bogside area. Speaking at the meeting, the SDLP's Martin Reilly, who had called for the meeting to be held, said that he wished to send a message out from the council to those affected by the violence that they stood in support with them. He then put forward a motion calling on council to look at how to deal with issues surrounding the empty buildings at Meenan Square, which have been the source for anti-social behaviour in the Bogside area. The site was also the focus of a search carried out by army bomb squad members on Friday. Commenting, Sinn Fein's Patrica Logue put an amendment forward, whereby council would look at the potential demolition of the buildings. The independent councillor Paul Gallagher said he could not support the motion, adding that he felt it was seeking a 'big funding cheque'. Responding, Cllr Logue said she would happily sign the cheque herself if it brought some relief to people living in the area. The proposal was then passed by a majority vote. Above - the empty buildings at Meenan Square.
ADVERTISEMENT - CONTINUE READING BELOW