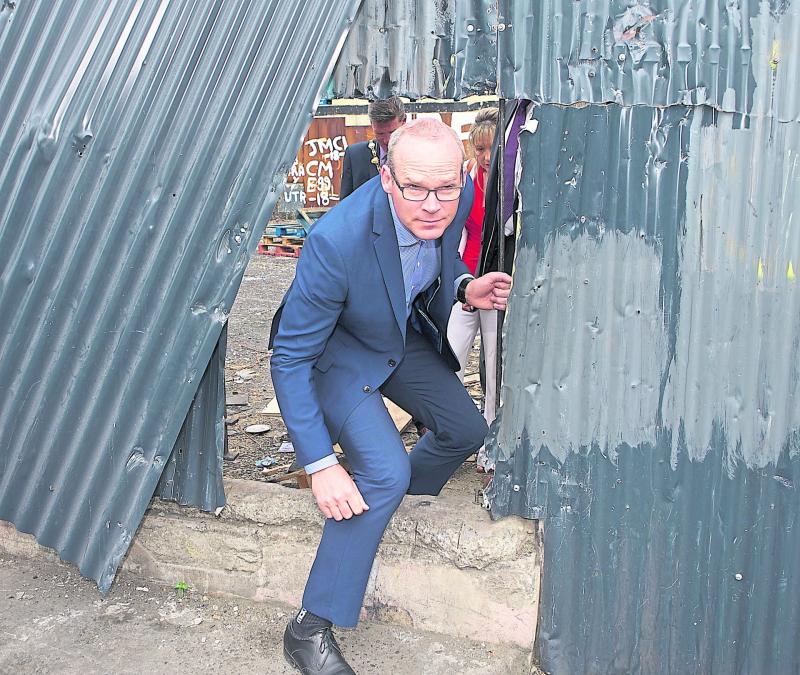 Tánaiste Simon Coveney visited Derry on Saturday to show solidarity with the city following recent unrest where he praised the work being done by local representatives. Ahead of his visit An Tánaiste Simon Coveney TD tweeted to say he was coming to the city to ‘show solidarity with all political, community and youth leaders working to end rioting and violence. Derry is a great city, making progress, wanting to look forward not backwards.’ Speaking in the Bogside, he said Derry has made ‘extraordinary’ efforts in terms of reconciliation and those intent on causing ‘mayhem’ do not have the support of their communities. He spoke to people in the area, met political representatives and the Unity of Purpose group to discuss a positive way forward and thanked officers at Strand Road Police Station for their efforts over the past week. The Mayor of Derry City and Strabane District, Councillor John Boyle, escorted Mr Coveney as he went on a walkabout chatting to local people and enjoying some of the local fayre. During the meeting the Tánaiste pledged his firm support for the work of the group and condemned the ongoing violence and anti-social behaviour which has dominated the news in recent days. Cllr Boyle said the Tánaiste had enjoyed the opportunity to meet with local people and see for himself the ongoing positive work to promote the city as an international tourist destination. "I was delighted to welcome the Tánaiste to the city today," he said. "I welcome what was a significant gesture on behalf of the Irish Government in lending support to the work of the Unity of Purpose group. "It was fantastic that the Tánaiste took time out of his extremely busy schedule to see the other side of our City and District today. Our growing reputation as an exciting destination for international visitors was sensationally showcased with the opening of the Foyle Maritime Festival, and local people were thrilled to have the opportunity to meet with him out and about on the Quayside. "Mr Coveney told me he always loves visiting Derry and today gave him the chance to see the city at its very best. I want to thank him for his time today and for showing his support for achieving positive change here in the North West." The Irish Minister for Foreign Affairs and Trade, Mr Coveney also took time out of his busy schedule to visit the opening day of the Foyle Maritime Festival in Derry where he enjoyed some of the festivities along the River Foyle and met with local children enjoying the family friendly activities and animation. He then boarded one of the Clipper Race yachts where he met with local skipper Conall Morrison and his crew along with race founder Sir Robin Knox Johnston. Following his visit to the Festival the Tánaiste said: "I was delighted to have the opportunity to visit the city today and to enjoy the festivities down along the quay for the Foyle Maritime Festival. This is the real Derry – the riverfront is buzzing with people and there is a great atmosphere with the Clipper Race fleet and great food, family fun and huge crowds. I would really recommend a visit." Elisha McCallion, Sinn Féin MP for Foyle said it is now time to promote Derry in a positive light with the Maritime Festival underway and Foyle Cup festival starting today. “It has been great to see the solidarity shown to the people of Derry over the past few days. We genuinely appreciate the support. We are hopeful that we can get on with promoting positive Derry in the days ahead.”
ADVERTISEMENT - CONTINUE READING BELOW