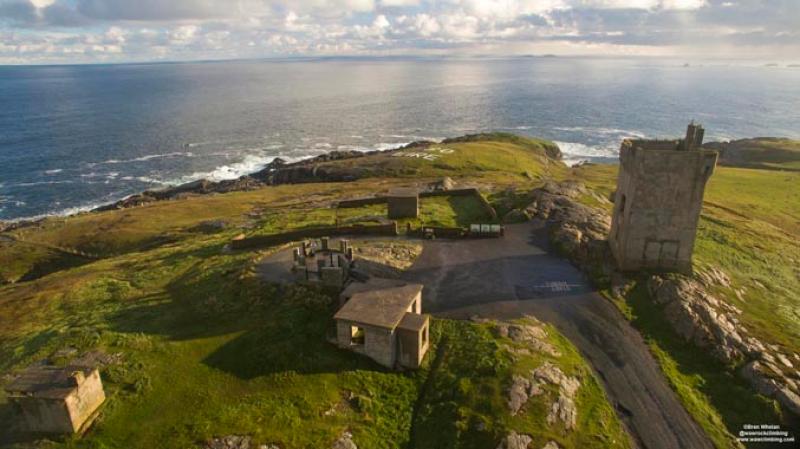 The teenager, one of two people who died after the boat they were in capsized off Malin Head yesterday afternoon, was from Scotland and had been holidaying with relatives in Derry. The 16-year-old was taken from the water by the Irish Coast Guard's Sligo-based R118 rescue helicopter and flown straight to Altnagelvin Hospital in Derry where he passed away last night. The man who died, who was in his 60s, was recovered from a rocky shoreline below Bamba's Crown (pictured) about an hour later and pronounced dead at the scene. A third man, understood to be from Monaghan, survived after was rescued by a local fishing boat after being found clinging to a buoy. He was taken to Letterkenny University Hospital and released last night after treatment. It is understood all three had been in the water for three to four hours. The party of three set sail at around 9.00am in a 15-foot vessel which had a small cabin. It is thought that they got into difficulty at about midday when the boat capsized. The alarm was raised by holidaymakers on the shoreline after they heard cries of "help." Conditions were good at the water but according to the Coast Guard the water would have been "very cold." Lifeboats from Lough Swilly RNLI in Buncrana and the Coast Guard in Greencastle were also involved in the rescue operation.
ADVERTISEMENT - CONTINUE READING BELOW