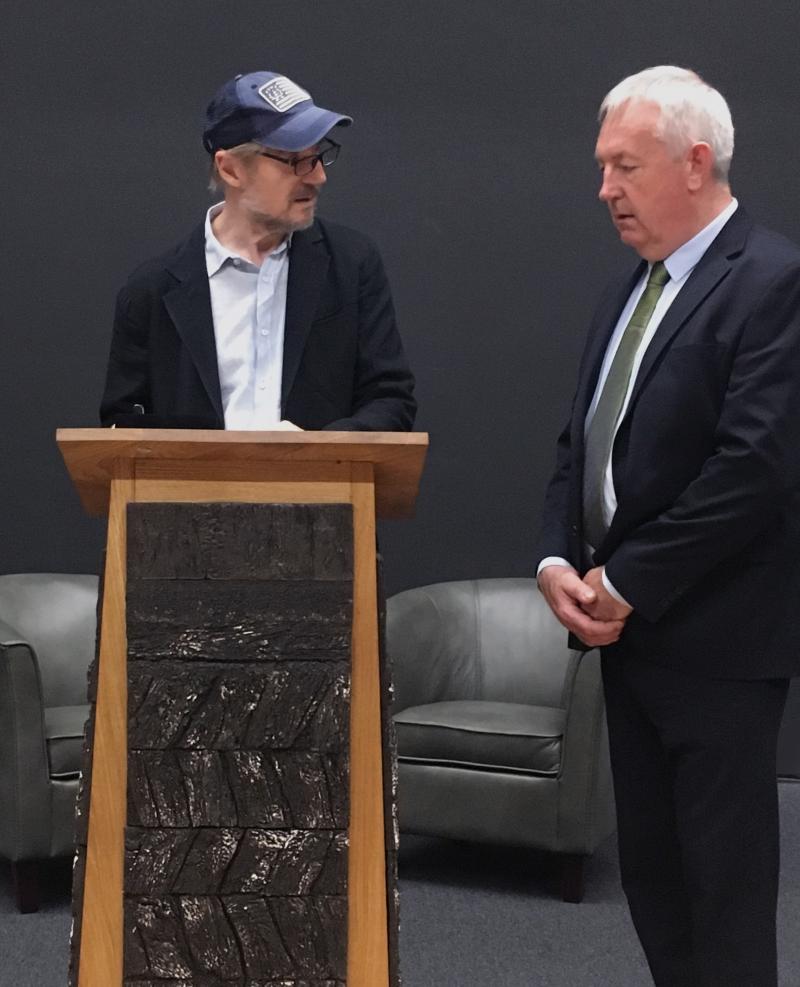 By Eamon Sweeney South Derry has sampled a taste of Hollywood stardust as world famous actor Liam Nesson paid a visit to the Seamus Heaney Homeplace in Bellaghy on Monday. The Ballymena born superstar had requested a private visit to the centre as he credits the late and lamented Nobel prizewinner’s work as a seminal influence on his decision to pursue a career in acting. “The power of his poetry began a lifetime love of language in me that led to my career as an actor. It’s like coming home. A dream remembered fondly,” Neeson said of his visit. The visit, which scheduled to last around 45 minutes turned into an hour and half long stay as the star toured the centre looking at the exhibits about his muse in-depth. Chair of Mid Ulster District Council, Sean McPeake accompanied Neeson throughout his visit. Speaking to the County Derry Post Councillor McPeake said: “Liam was very keen to see the Homeplace as he has often spoken about his great affinity with Seamus Heaney’s work and how it influenced his career. “I am delighted he was able to come and visit Bellaghy and he certainly took the time to study the centre in great detail and he told me he was very impressed with the Homeplace itself. And, he also signed the visitors book.” Earlier this year Liam Neeson narrated a film entitled ‘A Journey to Homeplace’ which focuses on the poets native Bellaghy and the beauty of the surrounding countryside.
ADVERTISEMENT - CONTINUE READING BELOW