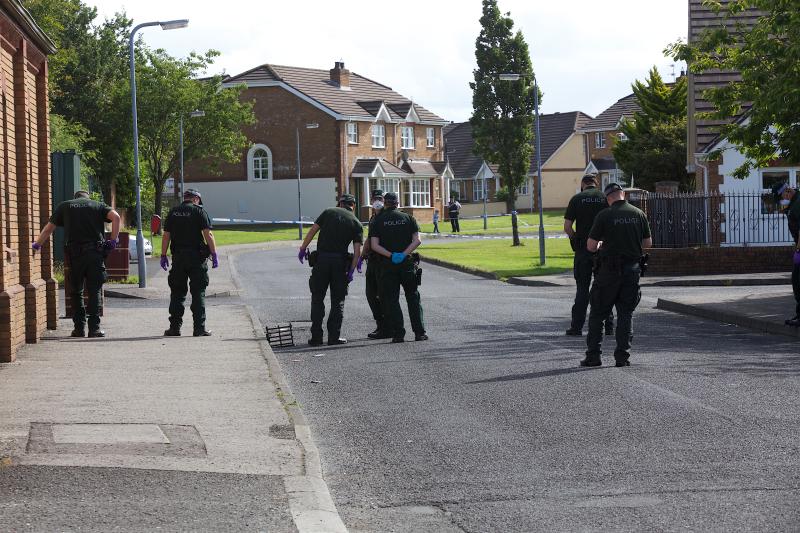 Detectives investigating a shooting incident in the Sevenoaks area of Derry on Tuesday morning have arrested a 50 year old man. He was arrested in the city last night, Wednesday 25 July, on suspicion of attempted murder and remains in police custody at this time. Reports were received shortly after 7am on Tuesday morning, of a number of shots being fired in the Sevenoaks area. At this time we believe a silver coloured Peugeot car rammed into a black car as it drove near the entrance to Sevenoaks. A number of shots are then believed to have been fired at the driver of the black car who managed to leave the area and drive to a local police station. There have been no reports of any injuries. The silver Peugeot was abandoned and set alight at Lincoln Court a short time after the incident. Detectives continue to appeal to anyone who was in the Sevenoaks or Lincoln Court areas on Tuesday morning and who witnessed any of the incidents or anyone who has any information which could assist with the investigation to contact detectives at Strand Road on 101 quoting reference number 252 24/07/18. Alternatively, information can also be provided to the independent charity Crimestoppers on 0800 555 111 which is 100% anonymous and gives people the power to speak up and stop crime. Pictured above: Police at the scene following a shooting incident in Sevenoaks in the Waterside on Tuesday morning.
ADVERTISEMENT - CONTINUE READING BELOW