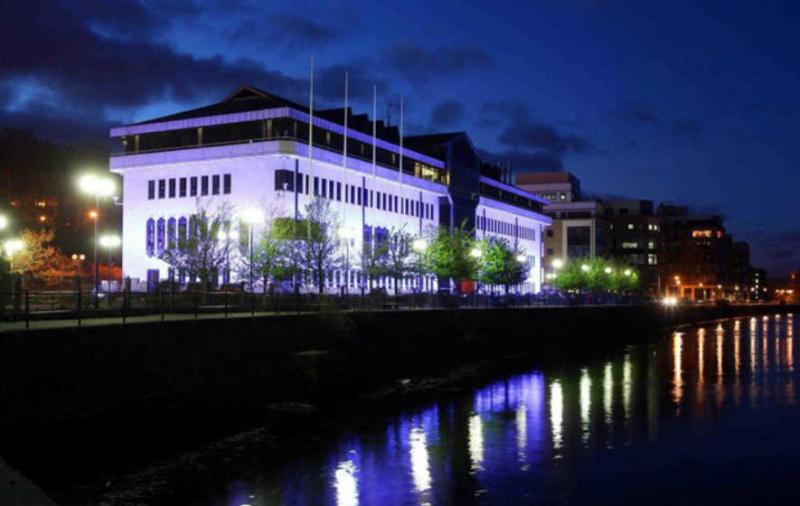 Council offices on the Strand Road are to be illuminated in rainbow colours in solidarity with the LGBTQ+ community during Foyle Pride, it has emerged. Sinn Féin Councillor Conchúr McCauley has welcomed the decision. Speaking after the Sinn Féin motion to DCSDC Council passed, Cllr McCauley said: “I am delighted Sinn Féin’s motion to light up the Council offices in the rainbow colours to mark the 25th anniversary of Foyle Pride was passed by Derry City & Strabane District Council tonight. “Huge steps forward towards full equality have been made in recent years but there is still more to be done and actions such as this, although small, are an important symbol of solidarity. “It’s important that we show solidarity with the LGBTQ+ community and send a clear message that inequality and discrimination of any kind is simply not tolerable. “Sinn Féin is a party committed to the equality, we believe that all citizens regardless of race, religion or sexuality should be treated as equals in the eyes of the law and we are determined to see marriage equality across the island.”
ADVERTISEMENT - CONTINUE READING BELOW