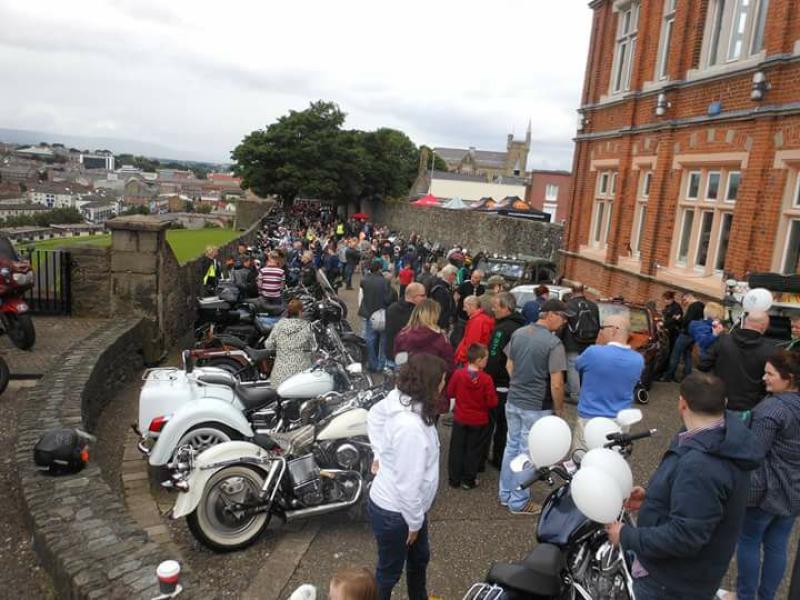 The cancellation of the Roaring Meg 10th anniversary event that was due to go ahead this Saturday on Derry's Walls is down to 'accusations of a serious nature' against members of the biking community involved in the event, Derry Now has learned. Derry was set to host the Roaring Meg Custom, Classic Bike, Trike and Scooter 10th anniversary show on the city's historic walls but news came today that the event was cancelled due to 'unforeseen circumstances'. The show, which is part of the Gasyard Féile community festival's events, was due to take place this Saturday, July 28, and was expected to be the biggest in the event's 10 year history with an expanded children's zone on Bishop Street with activities for all the family. The annual show features over 200 vehicles, attracting thousands of visitors and is used as a platform to raise money for local charities. However, today, the organisers of the event posted on their Facebook page to announce the event was cancelled. Derry Now contacted the Gasyard Féile team to find out why the event had been cancelled at such short notice. A spokesperson for Gasyard Wall Feile said: "Roaring Meg Bike show is a collaboration between Gasyard Wall Feile and a number of bikers groups/organisations and enthusiasts. "The event was set up 10 years ago as a celebration of motorbike culture and the great charity work that bikers are renowned for. "The event is open to all regardless of age, race, culture and religious background and has attracted thousands of people every year to the event which takes place on Derry’s Walls. "It has been brought to our attention that there have been accusations of a serious nature levelled at members from the biking community involved in the event. "We have decided to postpone Roaring Meg Bike Show until a later date while we work with local biker groups to resolve the issue."
ADVERTISEMENT - CONTINUE READING BELOW