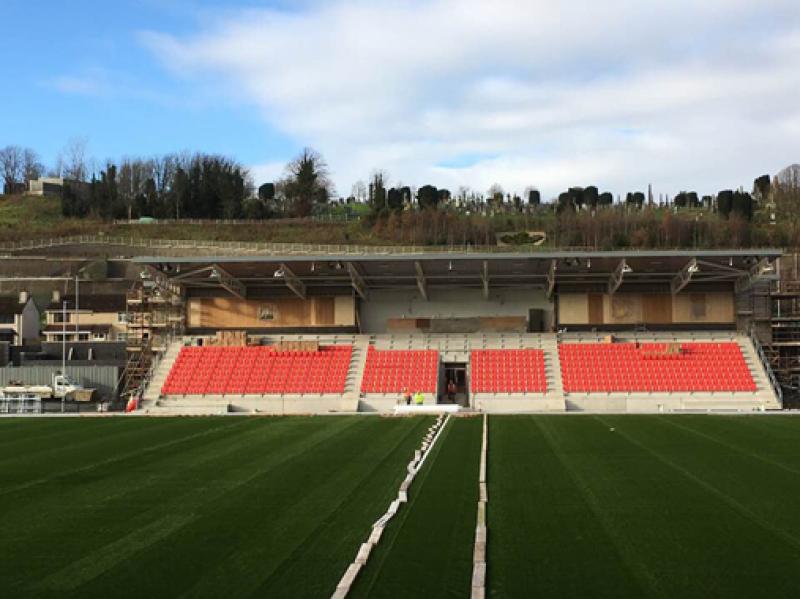 Derry City and Strabane District Council are locked in an ongoing battle with Derry City Football Club over the annual rent of the Brandywell Stadium, it has emerged. The Candy Stripes returned to the Lone Moor Road venue back in April after spending the 2017 season in Buncrana at Maginn Park to allow redevelopment works on the Brandywell to be completed. Since then they have played 14 games at the new Brandywell with an average gate of 2,000 fans, for which they have paid a set rental rate charged by Derry City and Strabane District Council. Derry City Chairman Philip O’Doherty also recently publicly revealed that the cost of renting the facility this time around is more expensive than before the redevelopment. “We are in discussions with Derry City and Strabane District Council about the cost of actually running games in the Brandywell,” he said. “We still haven’t come to an agreement there so it’s a disputed item as far as we are concerned, as it is costing more than it did than for the previous facility at the Brandywell.” Keeping Derry City financially viable is a key concern of O’Doherty’s, who recently released a public statement to make the clubs’ fans aware of the precarious nature of the annual accounts, for which he contributes significantly to balance the books year on year. He stated: "The new stadium has, thankfully, generated new interest and the start of this season saw an impressive increase in attendance. That was moving in the right direction but gate receipts must be sustained and increased over a number of years. Otherwise the club is in danger of falling to the bottom of the league or falling out of professional football altogether. "The bottom line is that Derry City must become financially independent sometime in the next few years.” One of the Chairman’s biggest issues is that of the rent for the stadium and the Derry News understands that the divide between the two sides on the issue has now reached a stage where the council has arranged to bring in an independent mediator to facilitate discussions between the parties. It is hoped that this step will help resolve the issues and that whatever decision is reached by the mediator will be adhered to by both sides. The Derry news contacted Derry City and Strabane District Council over the matter. A spokesperson for Derry City and Strabane District Council explained that ‘Council is currently involved in ongoing discussions with Derry City FC on all aspects of operational issues relating to  the Brandywell Stadium.’
ADVERTISEMENT - CONTINUE READING BELOW