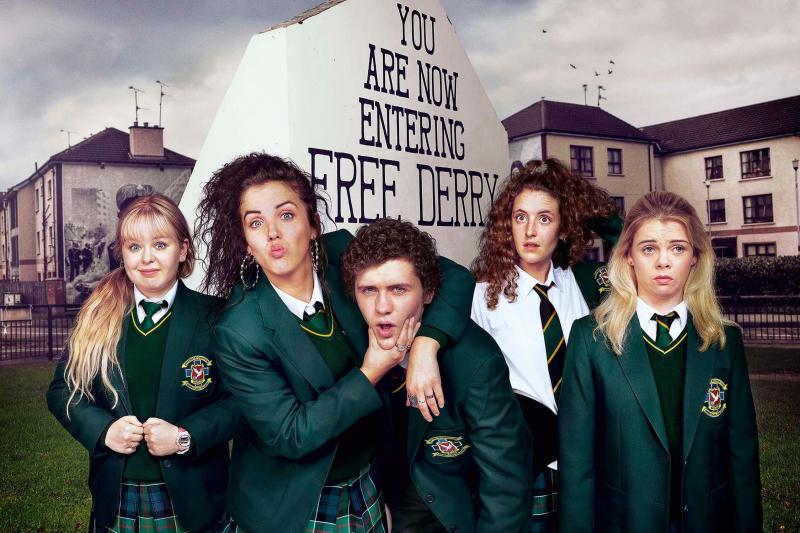 It's nail-biting stuff as Derry Girls is neck and neck with Inside No 9 for the top spot in the Radio Times Comedy Championship Final and writer, Lisa McGee, is asking for her city's support. The poll closes in just over 24 hours so get your votes in to see Derry Girls take the top spot. The Channel 4 comedy set in our very own hometown has been highly acclaimed and won Best Comedy earlier this year at the Irish Film and Television Awards. There's not much in it but at last count Derry Girls is leading with 50.03% of the vote. So get voting by clicking the link below and showing the Radio Times that Derry Girls really are the best! https://www.radiotimes.com/news/tv/2018-07-30/radio-times-comedy-champion-2018-final/
ADVERTISEMENT - CONTINUE READING BELOW