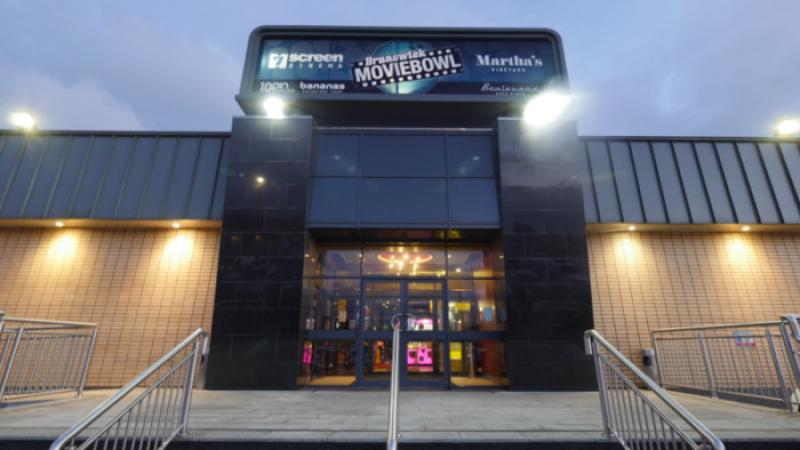 Brunswick Moviebowl in Derry has issued their response to a customer who shared a ‘misleading and inaccurate Facebook post’ that led to widespread anger as people wrongly assumed she was asked to leave the establishment while breastfeeding her baby. In the original post shared on Facebook last night, which has since been removed, the woman claimed she had been at Martha’s Vineyard Bar and Restaurant in the Brunswick Moviebowl entertainment complex for a meal with family when she was asked to leave by a member of staff while feeding her baby. The woman wrote: ‘So apparently in Martha’s Vineyard u cant feed your baby. Its their policy. Apparently u cant feed a baby infront of other people eating. So theres about 15 or so of us eating here, celebrating my nephew’s birthday yet I cant feed my baby?????' The status was widely shared on social media with many people commenting that they would boycott Brunswick Moviebowl. Most people assumed that the woman had been asked to leave while breastfeeding her baby. Some people also drew attention to how this was particularly offensive as it was Breastfeeding Awareness Week, a week dedicated to celebrating, supporting and normalising breastfeeding. The Derry News contacted the woman who made the claims for her side of the story on Wednesday night, however, she did not reply. Today, however, Brunswick Moviebowl responded to the wave of negative reaction and angry comments they had been receiving by issuing a copy of the message they sent to the woman on their Facebook page. Caoimhin McClafferty, Operations Manager at Brunswick Moviebowl wrote: “I just wanted to clear a few things up in relation to a misleading and inaccurate Facebook post yesterday. Below is a copy of the message sent to (author of the post). ‘My name is Caoimhin and I am the Operations Manager here at Brunswick Moviebowl. ‘I have to say that I am deeply concerned about the nature and content of your very misleading and inaccurate post. ‘At approximately 9pm on the evening of Wednesday 1st August a member of your party, which would appear to be a grandmother, leaves your party’s table (tables 2 -6) carrying a baby. This lady then joins a table occupied by complete strangers (table 21) who are in the middle of their meal and begins to bottle feed the baby. ‘It is at this point that a member of our staff approaches the lady and asks her would she like to return to her own table to bottle feed the child OR if she’d like she would try and find her a vacant table within Martha’s Vineyard to bottle feed the child. As there were no vacant tables at that time within Martha’s Vineyard the staff member then offered the lady a vacant table in our Boulevard Café Diner next door which she gladly accepted and proceeded to bottle feed the child. ‘After the child has been bottle fed the lady then returns to the restaurant where she becomes verbally abusive and begins swearing profusely at the kind staff member who helped her find a vacant table to bottle feed the child. It should also be noted that the staff member who was abused is also heavily pregnant. ‘For the record, breast feeding has always been welcomed and will continue to always be welcomed within Brunswick Moviebowl. ‘What is not acceptable, however, is when customers join stranger tables uninvited whilst they are in the middle of their meal.’ The response post from Brunswick Moviebowl received a lot of support; one mother said: ‘Knew it! I’ve openly breastfed in the Bowling Alley, in Bananas, Martha’s and the cafe... a girl working there even offered to bring me over a cup of tea while I was feeding... knew this didn’t sound right!’ While one father remarked: ‘Couldn't believe the original post when I first saw it. My wife has breastfed our youngest in there many times without issue.’
ADVERTISEMENT - CONTINUE READING BELOW