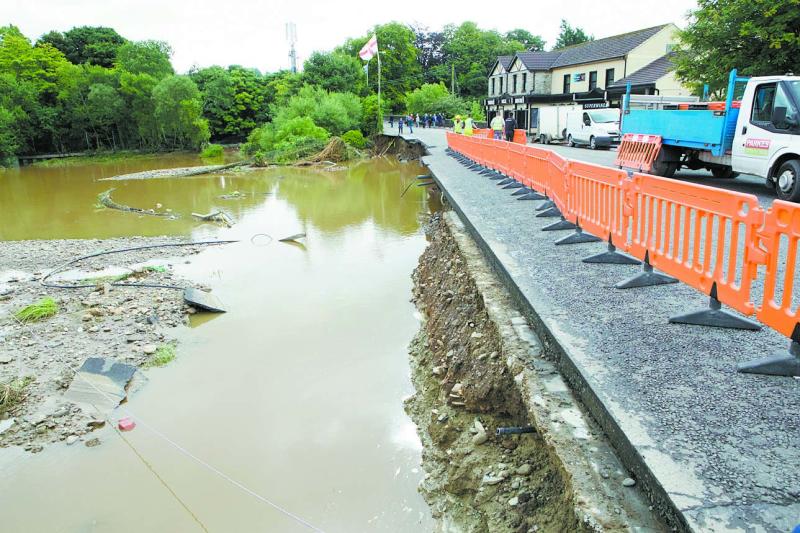 A number of Derry families whose properties were destroyed in last August’s flooding are still unable to return to their homes one year on, it has emerged. Homes in Drumahoe and Eglinton were hardest hit when heavy and persistent rainfall, amounting to 63% of the monthly average, fell within an 8 to 9-hour period on August 22/23 of last year. A review published in March by the Department for Infrastructure estimated a cost of £12m for repairs to roads and bridges and revealed that around 400 homes were flooded. Derry Now has learned that almost a year later, three families from Drumahoe have been unable to return to their homes, as well as others in Eglinton. It seems owners of private homes experienced more difficulties, and they have stated that insurance companies have been responsible for causing unnecessary delays. Questions have also been raised about whether houses in Ivy Mead should ever have been granted planning permission due to a flooding risk. Following the catastrophic floods, the YMCA on the Glenshane Road became one of two information points, the other being Eglinton Community Ltd, which dealt with family and businesses affected by trying to assist them in any way possible. Derry City and Strabane District Council along with the Housing Executive and other agencies worked in tandem with community groups by offering support. Companies such as the supermarket in Drumahoe made efforts to help families also, Willie Lamrock, General Secretary of Londonderry YMCA explained. He described last year’s flooding as ‘extraordinary, the like of which we have never seen before’. In the greater Drumahoe area over 100 families were affected by the floods and Mr Lamrock confirmed there are still ‘three families’ from Drumahoe who are yet to return to their homes. “It caused major damage to the Drumahoe area and in particular Ivy Mead and Riverside Park but also in Riverbridge on the Drumahoe Road. “That amount of damage was caused as during the floods trees and other items were picked up and brought down the river which caught on the side and caused an enormous amount of damage. “In most cases people had to leave their homes and were advised to leave their homes because of the water quality that was washed in through them.  It was what they call ‘black water’ and it wasn’t healthy. “I know some people who were in two-story houses and were able to maybe move upstairs but that was with a heavy health warning.  Most people had to move out to allow the refurbishment work to be carried out.”
ADVERTISEMENT - CONTINUE READING BELOW