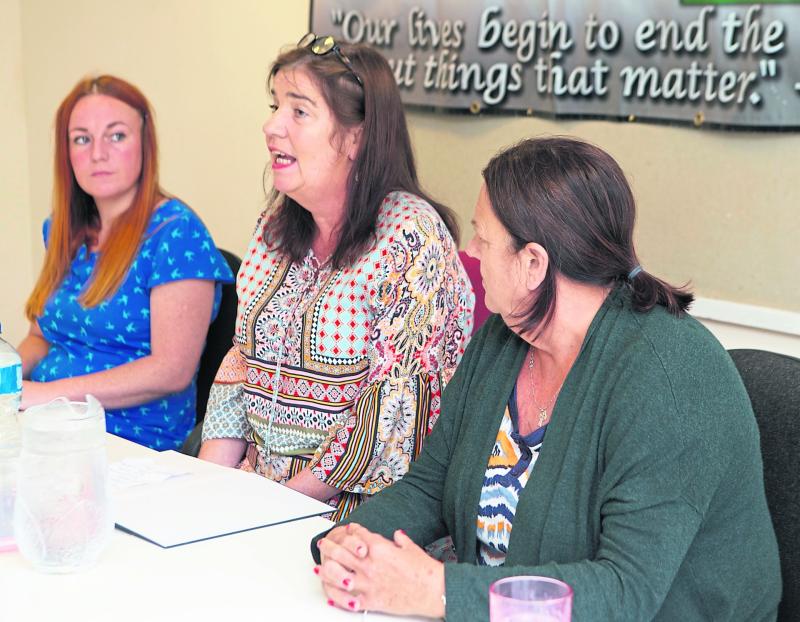 A local woman has called on the people of Derry, a city known the world over for its civil rights marches, to start a new movement by mobilising once again to address mental health issues facing the city. Fifty years on from the civil rights marches in Derry, Annamarie Toland from the Galliagh area of the city, has encouraged people to come together and contribute to the establishment of a 24-hour crisis centre in the city. It is an idea she has wanted to make public for a long time.  Her first involvement with the issues of mental health and suicide started when she assisted in the search for missing man, Andrew Quigley, in January 2014. Sadly, his body was recovered from the River Foyle which prompted calls from his family for those with addiction and mental health problems to get the detox unit and adequate crisis intervention facilities that they need. To this day people are still calling for the government to fill gaps in the service by providing a detox unit and adequate support for charities already helping people in the city. In her search for solutions, Ms Toland has encouraged the people of Derry to start a grassroots movement to establish a 24-hour centre for people suffering from mental illness and suicidal thoughts. Derry is a city known worldwide for its stance on civil rights which brought thousands on to the streets to march for equality. With the city now in the grips of a mental health crisis, Ms Toland has asked people to come out en masse in a march for mental health ‘to save our sons and daughters’. Her motivation for doing it was to prevent further loss of life by suicide in the city and she made reference to all of the people both known and ‘unknown’ who have either entered the River Foyle or taken their own life in other ways.  She looked to the Foyle Hospice model for inspiration and believes that with the goodwill and generosity of the local community a support centre could be founded.  The Hospice itself was set up through intense fundraising and started out with two specialist palliative homecare nurses before expanding over many years. Addressing members of the public and local councillors outside the Guildhall recently, Ms Toland said: “I think we, the ordinary people of Derry, have to ask ourselves can we each do something about it ourselves?  I’ve looked at the concept of the Foyle Hospice and it arose from the health service not being able to provide necessary care for the people, so why can’t we, the people in Derry, provide the care. “We don’t have to wait for the officials to do it, every house in Derry knows somebody who has had mental health issues.  I’m hoping that there’s people who know enough about starting something like this, a pound a brick, a pound towards renting somewhere in the town that will provide 24/7 care and residential care for people in the town. “Because you know what, we’re the experts not everybody out there, we are.  We are the parents and the children, so I’m putting myself out there for ideas, opinions and whatever else.  The most important thing for me is to get this ball rolling now. “I hope I’m not naïve, let’s not let any more families lose loved ones to the Foyle or otherwise.” She has encouraged people from all sides of the community to come forward and speak out as it’s a non-political and non-religious group.
ADVERTISEMENT - CONTINUE READING BELOW