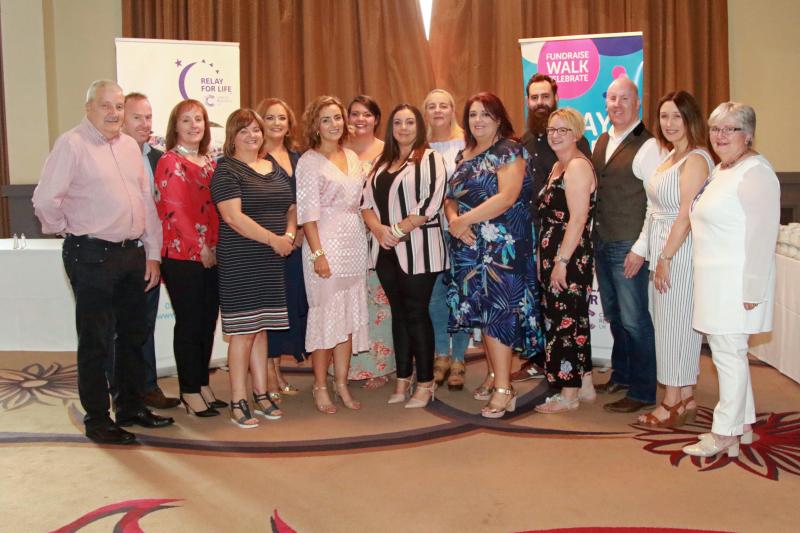 A huge cancer fundraiser held in Derry earlier this summer has raised an impressive £179,000, it has been announced. The Legenderry Relay for Life too place at St Columb’s Park at the end of June and attracted 53 teams from across the city. The 24-hour event in aid of Cancer Research UK began with an emotional lap of honour for cancer survivors and their carers. Speaking after the recent wrap party at the City Hotel Deborah McCaul, co-chair of the Legenderry Relay for Life Committee, said the amount raised has exceeded everyone’s expectations. “On the evening we unveiled that our total raised at Relay For Life Legenderry was £179,101.43 however this figure is still increasing daily. “We are totally blown away by the success of 2018 and are already in the planning stages for 2019. “We set a target of 60k and have almost trebled that to date. “We want to thank the people of our city. “The teams for all their efforts and the public for attending over the weekend. Lots of tears shed but lots of healing took place. “For many it helped put closure on their personal cancer journey and we can only hope we continue to go from strength to strength with the event. Efforts are already underway to plan next year’s event. Jacqueline McLaughlin and Ms McCaul who have held the event chair role for the last two years have now handed over the reins to Sean Hickey and Laura Moore. “We welcome anyone who may wish to get involved to get in touch,” said Ms McCaul who will continue to be involved with the event. “We want to thank especially our survivors for stepping out and teams for raising this fantastic amount of money and also local businesses for their continued support in getting this event to the track.” The Legenerry Relay for Life Committee is also looking for a volunteer who will help manage the event’s social media profile on Facebook and Twitter. If you are interested in becoming involved in the organising committee or would like to enter a team in next year’s event please contact the Legenderry Relay for Life Facebook Page.
ADVERTISEMENT - CONTINUE READING BELOW