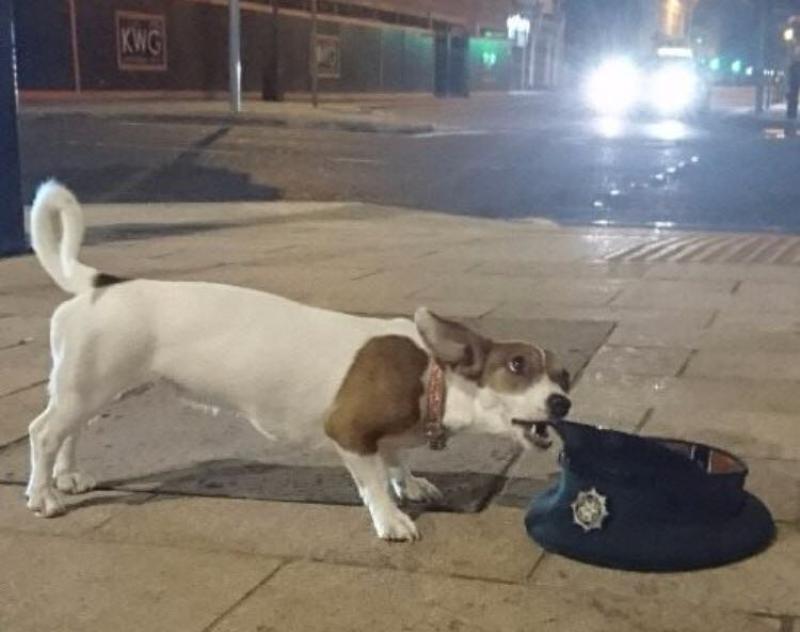 It seems that Derry cops must be going soft as they have admitted to letting a suspected hat thief off the leash due to her downright cute 'puppy dog eyes'. Earlier this week, it looked like there could have been a bit of 'ruff' justice doled out but when the mischievous mutt turned on the cuteness, they were putty in the furry felon's paws. The PSNI Foyle officers explained on their Facebook post below: **One arrest for the attempted theft of a Police Officer's hat** Whilst out patrolling in the city centre in the early hours of the morning, officers in Foyle were shocked at the audacity of this attempted theft. The photograph shows our suspect caught red handed, or red pawed. If only a guilty look could convict! When cautioned she simply replied, "Woof". This translates as, "I was only holding it for some big dogs", the oldest excuse in the book! On a less serious note, we had the absolute pleasure of spending a few minutes with Mia the dog who has recently been rescued and given a whole new life, which she is loving. As it turns out, puppy dog eyes really do work. We dropped all charges and she was free to go and with that, we continued on with our patrols. #needsmallerhandcuffs #rescuedogs #psni #keepingpeoplesafe #keepingpuppiessafe #strandroadLPT Pictured above: The cheeky pooch that got one over on Derry cops.
ADVERTISEMENT - CONTINUE READING BELOW