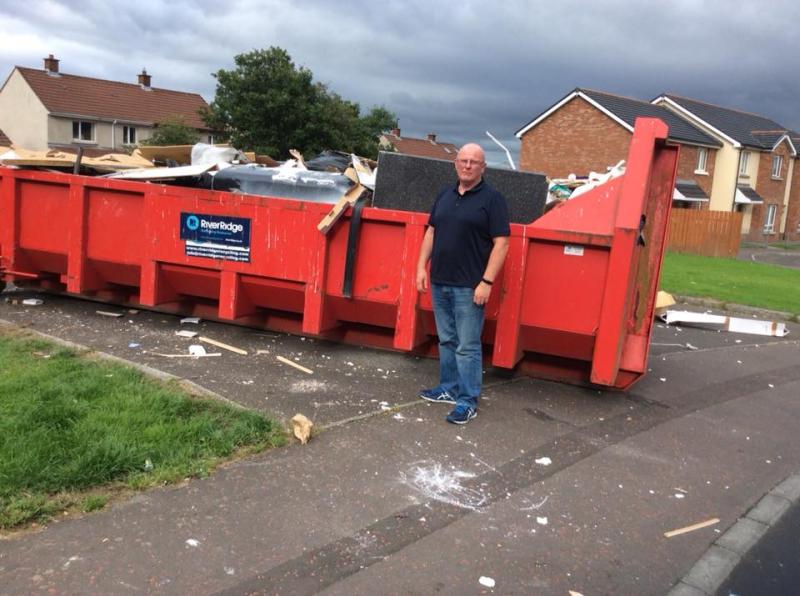 Sinn Féin Councillor Kevin Campbell has raised concerns that children as young as five are using a large skip being used for holding rubbish from local home refurbishments as a playground. He said: “I was contacted by a number of residents of Oakland Park and Circular Road with concerns regarding a large skip which the Housing Executive contractor is using as part of the refurbishment of homes in the area. “Children as young as five-years-old have been climbing on it and throwing the rubbish all over the street and there is the fear that some child will be hurt if they fall from it. “I visited the site on a number of occasions and asked young children to leave because of the dangers but no sooner had I left the area they kept coming back. “I am appealing to parents in the area to talk to their children and keep them away from the skip in the interests of health and safety. “I have also spoken to Housing Executive and asked them to have it emptied ASAP." Pictured above: Cllr Kevin Campbell by the skip in the Creggan area where it is claimed children as young as five are using it as a 'playground'.
ADVERTISEMENT - CONTINUE READING BELOW