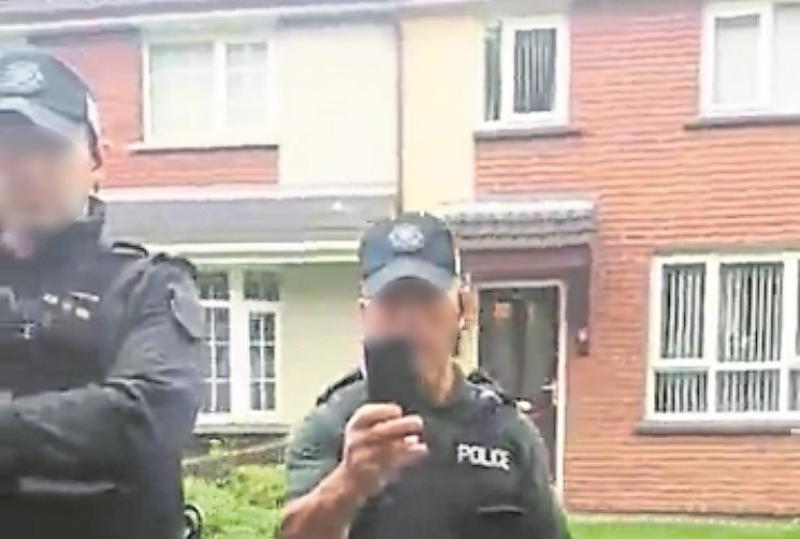 A Derry Republican whose elderly mother’s house has been raided by police twice this summer said he is reporting the incidents to the Commissioner for Older People for Northern Ireland. Paddy McFadden’s mother is 77 and is bed bound and suffers from dementia and Alzheimer’s. Her house in Carnhill was raided by police on Friday and her grandson, who lives at a separate address in Carnhill, was arrested. Paddy McFadden lives at the address in Carnhill with mother, his sister and her daughter. The house was previously raided by police on June 4 and Mr McFadden alleges on that occasion police stopped his mother’s carers from entering the property. “They just come in and take over the house,” said Mr McFadden. “The last time they stopped the carers coming in and they also stopped my wife, who is my mother’s carer, from going in.” Mr McFadden said that because of the raid on Friday his mother was late for a hospital appointment. “She was able to say to the carer ‘you know the police were here’. “She was upset and the carers had a bit of work to do to get her ready for a scan at the hospital and she ended up being late.” Mr McFadden said he has sought solicitor’s advice about what happened and said he will be lodging a complaint with the Commissioner for Older People for Northern Ireland. The Derry News contacted the PSNI about the incident but they did not make a comment.
ADVERTISEMENT - CONTINUE READING BELOW