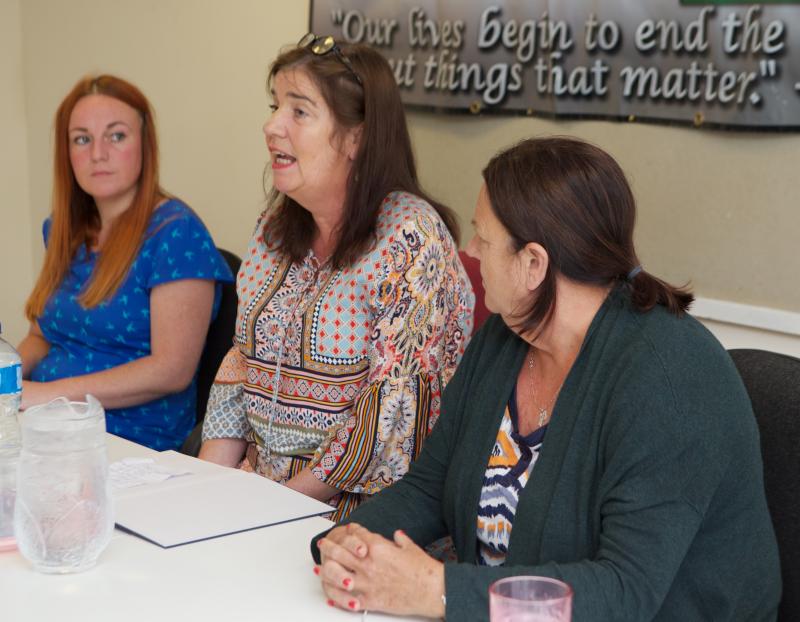 A meeting has been held in the Creggan Community Collective to discuss the need for ‘increased and targeted resources’ to support those suffering from mental illness. There has been a groundswell of support from the Derry public whose desire it is to help those in need. The meeting was headed by local woman Annamarie Toland and brought together local people such as Gary Clarke, a teacher who has been leaving messages of hope for people in their ‘darkest hour’, as well as local representatives such as Darren O’Reilly, Gary Donnelly and Mark H. Durkan - who has been vocal about the need for a ‘high level suicide prevention task force’. This followed on from a rally in the Guildhall Square last week and was a broad discussion facilitated by panellists Josephine Canning, a volunteer in the Creggan Community Collective and local activist Julie Moran. Most importantly perhaps, was the fact there was input from individuals who have lost friends and loved ones to suicide and people with lived experience of mental illness, as these are people with first-hand experience and people at the heart of communities who know and best understand the truly devastating impact of suicide. Annamarie said: “The conversation centred around the need for the community to take the lead in the establishment of a Crisis Intervention Service/Facility and the need to get people educated and trained to deal with the mental health crisis which to date has been largely ignored by the ‘powers that be’ as is clear through the lack of resources and services available particularly for young people. “To send a message to the ‘powers that be’ a decision was taken at the meeting to organise a rally which is to be held on the Guildhall Square to coincide with World Suicide Prevention Day on 10 September 2018 at 7.30 pm. "It is hoped that the rally will allow people to add their voice to the demand for increased life-saving mental health services in this city and beyond.” Since publicly airing her thoughts and feelings on the matter Annamarie has been overwhelmed by the response and sheer volume of people making known their own experiences and it has in many ways vindicated her decision. It has been somewhat similar for, Gary Clarke, since his efforts were publicised, the swell of support from the Derry community speaks volumes about the amount of lives suicide and mental health issues have touched in the city. He spoke positively about the discussions afterwards, saying: “There was a big call for a Crisis Centre in particular, as well as the education need to try to prevent people getting to that stage. In the next few weeks there is going to be an event organised for world suicide prevention day on the 10th of September.” The details for the rally are currently being finalised and will be published soon. For more information on how to get involved you can contact, Annamarie Toland, via Facebook to register your interest. ABOVE - Annamnarie Toland pictured speaking at the meeting.
ADVERTISEMENT - CONTINUE READING BELOW