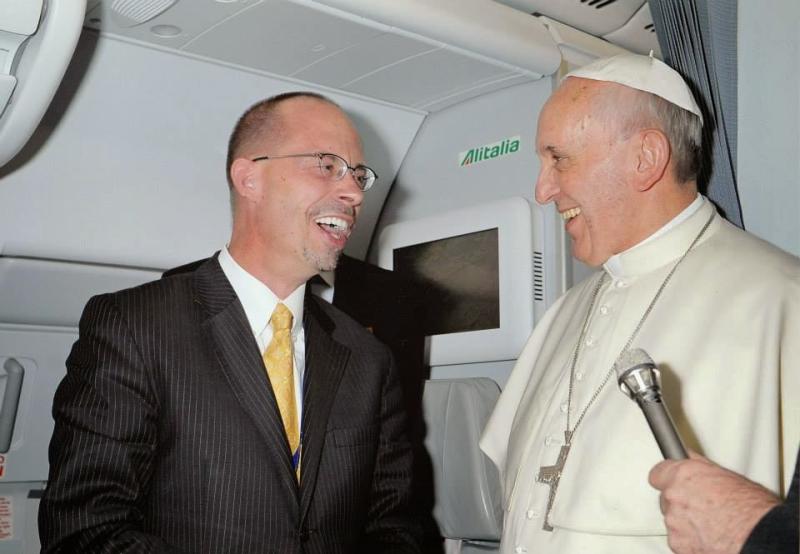 One of the world’s foremost experts on Pope Francis and the Vatican will be in Derry next week to address some of the challenges and opportunities that await the Pontiff before his August 25-26 visit to Ireland. It is the first visit from a Pope to Ireland since John Paul II’s historic trip in 1979. John L. Allen Jr., founder of the global Catholic news site www.CruxNow.com and a much sought-after analyst on the Church and Vatican affairs, will speak in St Mary’s College, Northland Road, Derry on Friday August 17 at 7.30pm. Admission is free. Ahead of the visit, Mr Allen says that the Pope is expected to address the fall-out from the clerical abuse scandals that have rocked the Catholic Church. He will also speak to the Church about the need to be welcoming of everyone and teach out to young people in particular, according to Mr Allen. “Pope Francis is very well aware of the issues that have been facing the Church in Ireland and he will speak to that,” Mr Allen said. He said that Church leaders in Ireland are hoping that the visit of the Pope will prove to be a much-needed shot in the arm for beleaguered Catholics. Above - John L. Allen Jr pictured with Pope Francis.
ADVERTISEMENT - CONTINUE READING BELOW