‘Alarm’ expressed at increase in rural crime in County Derry 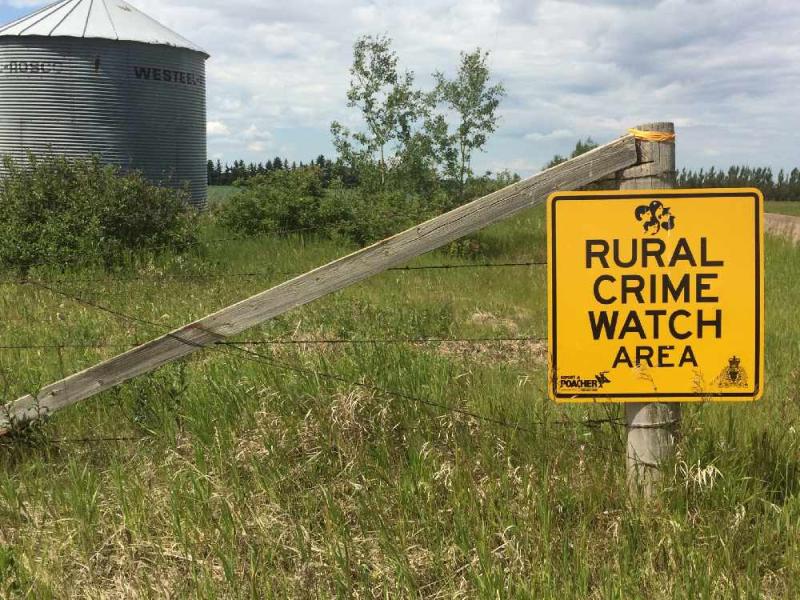 By Eamon Sweeney Rural Crime in County Derry increased by over 25 per cent in 2017 according to figures in a newly released report. And, the cost of theft to the public in rural areas of the county was almost £250,000-representing a higher than average rise of 26.1% from £197,000 in 2016. The statistics, which form part of NFU Mutual’s annual Rural Crime Report, and were published in full yesterday, also reveals that the UK as whole saw a 13% rise in rural crime in the last 12 months. The report also reveals that the items which topped thieves ‘wish list’ were livestock, quad bikes, all terrain vehicles and tools. SDLP representative on Mid Ulster District Council, Martin Kearney told the County Derry Post: “The NFU Rural Crime Report for Co Derry makes alarming reading for farmers and indeed the whole rural community. “The farming community face enough difficulties on a daily basis with fluctuating farmgate prices, changeable weather and the many challenges with the outworking of Brexit. “A 26.1 per cent rise and associated costs in rural crime for Co Derry in 2017 will send shockwaves across the entire community. Both the PSNI and the farming community must examine closely these statistics and a plan of action be devised to overcome this scourge. "There needs to be a proactive response from the Police to counter these crime figures. It is distressing to note that some farmers have reported repeat attacks and loss of property. In the meantime farmers should continually review the security of their animals and property, keep in close touch with neighbours and police and immediately report any suspicious activity. “As a small farmer myself, and dependent on the NFU for insurance purposes these rising costs will no doubt be reflected in insurance premiums for years to come.” Meanwhile, Sean McGlinchey, Sinn Fein Councillor on Causeway Coast and Glens Borough Council said that farm thefts and the general crime upsurge against the rural community is highly organised. “These figures are very alarming. I have personally dealt with two cases of attempted scams against local business people in the last week. “What is happening is that break-in’s take place, then the victims receive texts saying their property can be returned for an extortionate fee. Then when people don’t respond to the texts they get further texts saying that their homes or businesses will be burned. “One of the families in particular couldn’t sleep thinking about what may happen to their children,” he said. Speaking about farm thefts and thefts from rural construction sites, Cllr McGlinchey continued: “I have had relatives of my own affected by this and I have told them not to leave machinery in the open and unguarded because it will be stolen. “It’s at the stage now where machinery needs to be locked up at night and marked properly so it can be identified if it’s recovered. “Even at my own job working on the A6 all the machinery is being locked into compounds at night and being watched by cameras. There have even been instances when attempts have been made to steal batteries from cranes. That tells me these aren’t opportunist theives at work but organised criminal gangs.” Kathryn Taylor NFU Mutual’s agent in Co Derry said: “Criminals continue to become more brazen and farmers are now having to continually increase security and adopt new ways of protecting their equipment. “Social media is fast becoming the eyes and ears of the countryside and by keeping in close touch withj neighbours and police through local faemwatch schemes, country people can play a significant role in identifying suspicious activity and bringing thieves to justice.” The NFU’s crime report has also revealed that limited police resources and repeat attacks are the biggest fears for people in rural communities, with many rural dwellers forced to change the way they live and and work as the result of criminal activity. Kathryn Taylor continued: “Fitting gates to prevent easy access to farm yards and drives is one of the most effective measures. “High security such as movement detectors, infra-red cameras and geo-fencing’ which triggers an alarm if a farm vehicle also moves off the premises can also play a part. “Our advice to people living and working in the countryside is to regularly evaluate your security measures and make improvements where necessary and remain vigilant as well as reporting any suspicious activity to the local police and farm watch schemes. “The threat of becoming a victim of rural crime and regular reports of suspicious characters watching farms who know their rural location makes them vulnerable to attacks.”
ADVERTISEMENT - CONTINUE READING BELOW