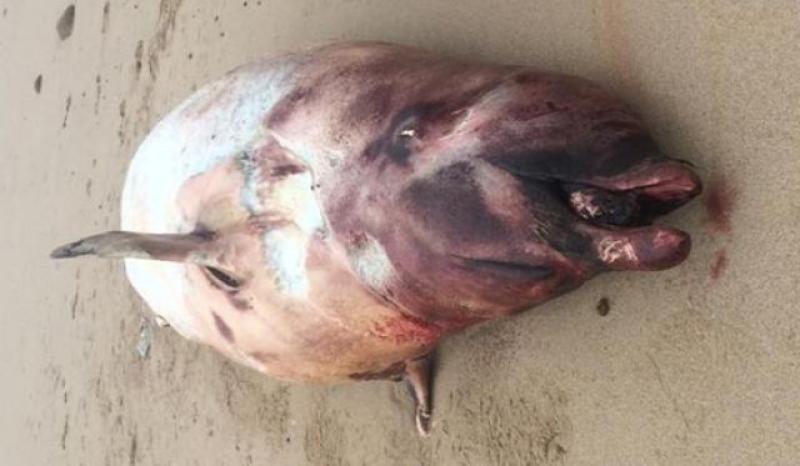 An investigation has been launched following the discovery of two whales on two separate Donegal beaches on the same the day earlier this month. The two Cuvier’s beaked whales were found dead in Sheephaven Bay and Gola Island on August 4. A third Cuvier’s beaked whale was found at Tirraun on the Mullet Peninsula in Co. Mayo. The Irish Whale and Dolphin Group (IWDG) has described the strandings as “highly unusual” for the deep-diving mammal. According to the IWDG all three animals had likely been dead for several days and were in poor but similar condition, suggesting the possibility that all three had died around the same time. A spokesperson for the IWDG said: "It would be relatively normal to record three or four strandings of this species in Ireland in any one year but it is highly unusual to have three recorded in separate locations on the one day." Cuvier's beaked whales are a deep diving species and have previously been found to be particularly affected by loud underwater man-made noise (eg sonar).
ADVERTISEMENT - CONTINUE READING BELOW