Derry tourists amongst those caught up in Algarve wildfire 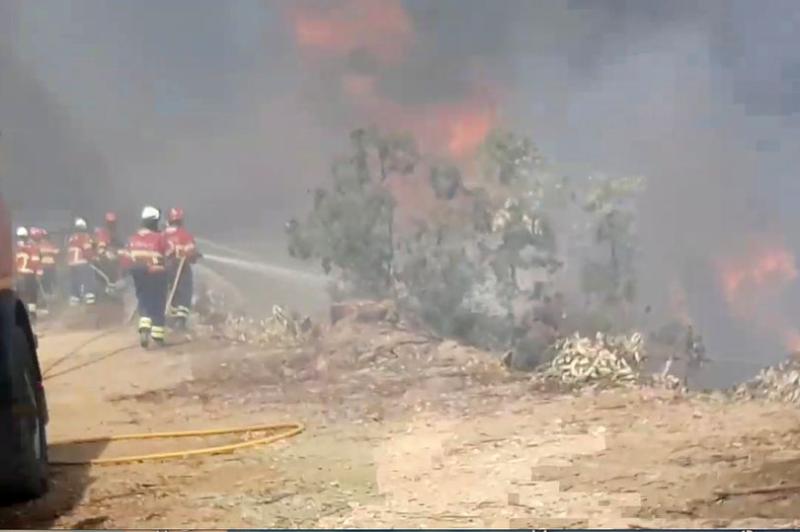 Tourists from Derry have been caught up in the major wildfire blackening hills in Portugal's southern Algarve region, it has emerged.

City of Derry Airport hosts chartered flights to the nearby Albufeira airport.

One local holiday maker, who did not wish to be named, said that whilst the fire was still a number of miles away from his resort the sky is grey with ash.

The Civil Protection Agency has confirmed almost 1,300 firefighters from across Portugal were assigned to the blaze

Portuguese Prime Minister, Antonio Costa, said that efforts to control the fire that broke out Friday were being hampered by gusting winds, the region's deep ravines and the numerous plantations where combustible eucalyptus is grown for paper pulp.