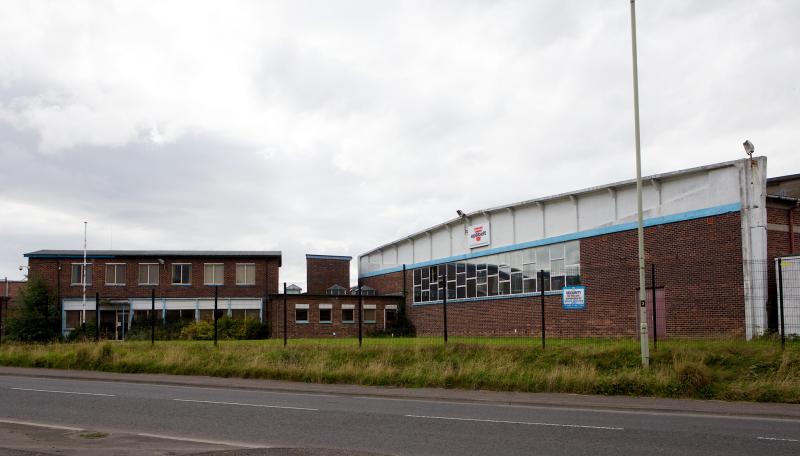 Plans for a massive new superstore and medical building in Derry have been quashed following a legal challenge from the supermarket chain Lidl, it has emerged. Earlier this year, Derry City and Strabane District granted planning permission, pending certain conditions, for a £117m super-store and medical centre at the former Arntz Belting and former Eurocentre site in Pennyburn, pictured above. Those behind the development said it would lead to the creation of over 330 jobs once completed and a further 200 to 300 jobs during the construction period. The application, lodged by the applicant Arntz Belting Company Ltd through its agent McGurran Associates, included plans for a 6,901 square metre NHS Medical Hub housing GPs and Practice Nurses, Community Nurses, Occupational Therapists, Physiotherapists and Home Help/ Support Staff. The proposal also included a 5,574 sqm foodstore unit. The 15-acre site has lain empty since the factory closed at Pennyburn Pass closed in 2010. In December 2014, the site’s owners, Arntz Belting Company, lodged a planning application seeking to build a massive new foodstore and medical building at the site, with the plans also including provision for a restaurant, a self-service filling station and associated car parking. ASDA have been linked with the site since 2012, when it was reported that the company was ‘close’ to agreeing a deal to buy the former Arntz factory site. The application came before the January meeting of the local council’s Planning Committee, where approval was issued despite 65 objections to the proposal. The bulk of the objections centred on concerns relating to the impact the new development would have on traffic congestion at Pennyburn Pass. Concerns were also raised at the meeting over a flooding assessment and the impact the new development would have on other traders in the area. However, the Derry News has learned that plans will no longer go ahead due to a legal challenge which resulted in the planning approval being quashed. The news emerged after the Derry News lodged a query with the council after the Arntz application was recently re-advertised. In a statement issued earlier this week, a spokesperson for Derry City and Strabane District Council confirmed that the approval had been overturned and the application must now be lodged again for consideration. “Council can confirm that following legal proceedings, the decision to approve A/2014/0629/F was quashed on June 29, 2018,” the spokesperson said. “The application has been reopened and shall be considered afresh as directed and presented to the Planning Committee for decision at a future date.” The council also confirmed that the legal proceedings had been taken against the Arnzt application by Lidl NI. In August of last year, the Derry News revealed that Lidl was planning to replace its existing foodstore at 24 Buncrana Road with a new store a short distance away at the junction of Buncrana Road and the Springtown Road. The proposed new modern store will be located at 6 Springtown Drive, Derry at vacant lands bounded by the Springtown Road and Buncrana Road, around a mile away from the Arntz site. The Derry News contacted Lidl’s legal representatives to determine the nature of the legal challenge, however, we did not receive a response by the time of going to press.
ADVERTISEMENT - CONTINUE READING BELOW