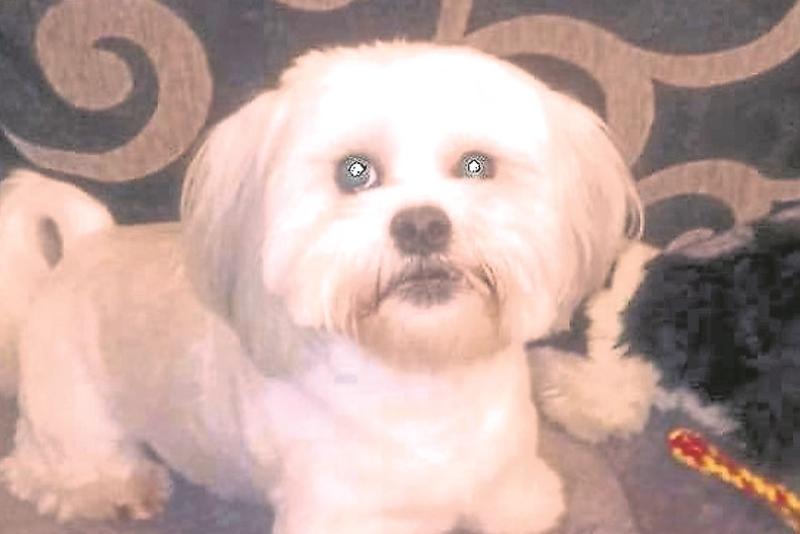 TWO dogs responsible for mauling a family pet to death have both been put down, it has emerged. Much-loved family pet, Ozzy (pictured above), was mauled for almost an hour as his 63-year-old owner looked on terrified and helpless. Marie Doherty, 63, had taking her three-year-old shih tzu, Ozzy, a walk in Bishop’s Field Park last month at his usual time around 7pm when he was viciously attacked by two large dogs that were not on a leash. Her son, Michael had gotten to the scene as quickly as he could but Ozzy had been mauled unconscious and was in a very poor state. Little Ozzy was rushed to the vet and survived for a couple of days after losing his leg which Michael said had been ‘gnawed and chewed’ off by the attacking dogs. However, he lost his fight for life. Michael said his mother took the death of her much-loved dog very hard saying that she couldn’t sleep properly following the attack and was reliving it. “She’s breaking her heart and she keeps reliving it saying all she can hear is him squealing,” he said. The Derry News then revealed last week that there had been nine previous reports about dogs on the Creggan street that was home to the animals responsible for mauling. A document attained by independent councillor, Gary Donnelly, showed there had been a total of nine reports about dogs in the street where the dogs responsible for the attack on Ozzy were housed since August 2015. Councillor Donnelly said the he had raised the problem in council about dogs in that street in September 2015; saying postal workers were refusing to enter because of the dangers posed by a ‘dangerous stray dog ’. Cllr Donnelly said it had been an ongoing problem for some time and that, after issuing a Freedom of Information request enquiring about the level of complaints in the street, it emerged there had been nine complaints about dogs since August 2015. A spokesperson Derry City and Strabane District Council confirmed yesterday that the dogs responsible for the mauling had been put down. “Two dogs have been euthanized after they were impounded by the dog warden following an attack on another dog, which has since died of its injuries,” a council spokesperson said. “Both of the animals involved were a Staffordshire Bull dog type. “An investigation into the incident is ongoing and we would like to take this opportunity to reiterate the message to owners that dogs must be kept under control at all times. “Under no circumstances should dogs be allowed to stray as this increases the possibility of attacks on people, livestock or other domestic animals. Michael said that the destruction of the animals responsible for the merciless attack on Ozzy was ‘a tragedy’ but said ‘the warnings were there’. “It has given my Mum and the family a little closure as the warnings were there about the dogs in question after all,” he said. “It was a tragedy but, really, the signs were there and reports were made. “Hopefully, this will highlight the danger around dogs not being on leads, especially in public parks. “We would also like to say thank you to everyone in the community who contacted my Mum and for everyone who made donations, we all want to say thank you so much. “We also want to say a big thank you the vets, to Earlswood Vets in Belfast and especially Whitehouse Vets in Derry for the care they gave Ozzy and who did so much to try to save him. “Little Ozzy won’t be forgotten.”
ADVERTISEMENT - CONTINUE READING BELOW