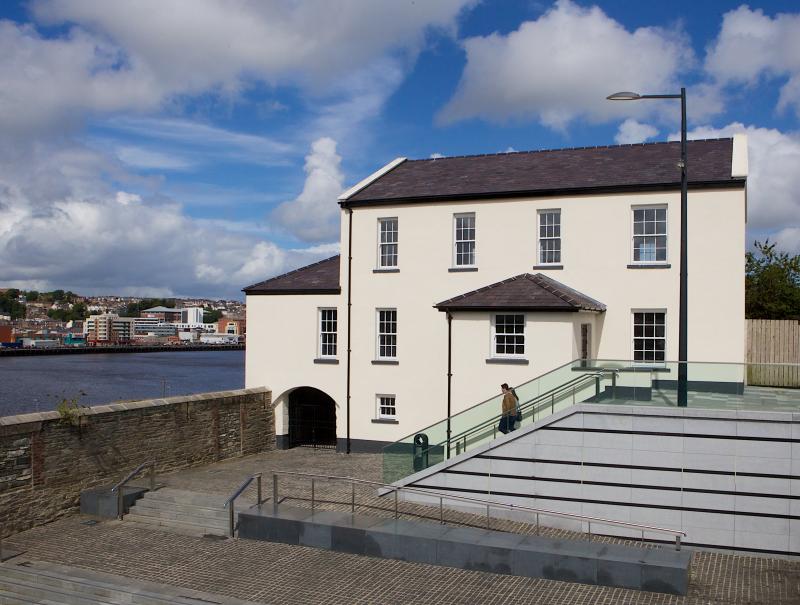 A former military building at Ebrginton Square in Derry is to be transformed into new bar and restaurant, the Derry News can reveal. The plans would see Building 40, a former canteen located at the north side of Ebrington Square overlooking the River Foyle, undergo alterations and a new extension to provide the new establishment. The application, lodged by the Toomebridge based Philip McElhone Construction, marks the latest new development planned for the site. The Derry News revealed earlier this year that a new convenience store will be opened at a former security hut at the site, while the current owners of the site, The Executive Office, recently opened new officer premises at Building 104 on the Ebrington site after £1.6 million transformation. Planning permission was also granted in May of this year by the Derry City and Strabane District Council’s Planning Committee for a new 152-bedroom hotel at the site. The new development - named ‘The Ebrington’ - will be located at the site which formerly housed buildings 67, 68, 69 and 79 in its former life as a military barracks. The site currently houses a café and a bar/restaurant. It also emerged last month that no date had been set for the local council to take over responsibility for the site The Executive Office, after two previously scheduled handovers did not go ahead.
ADVERTISEMENT - CONTINUE READING BELOW