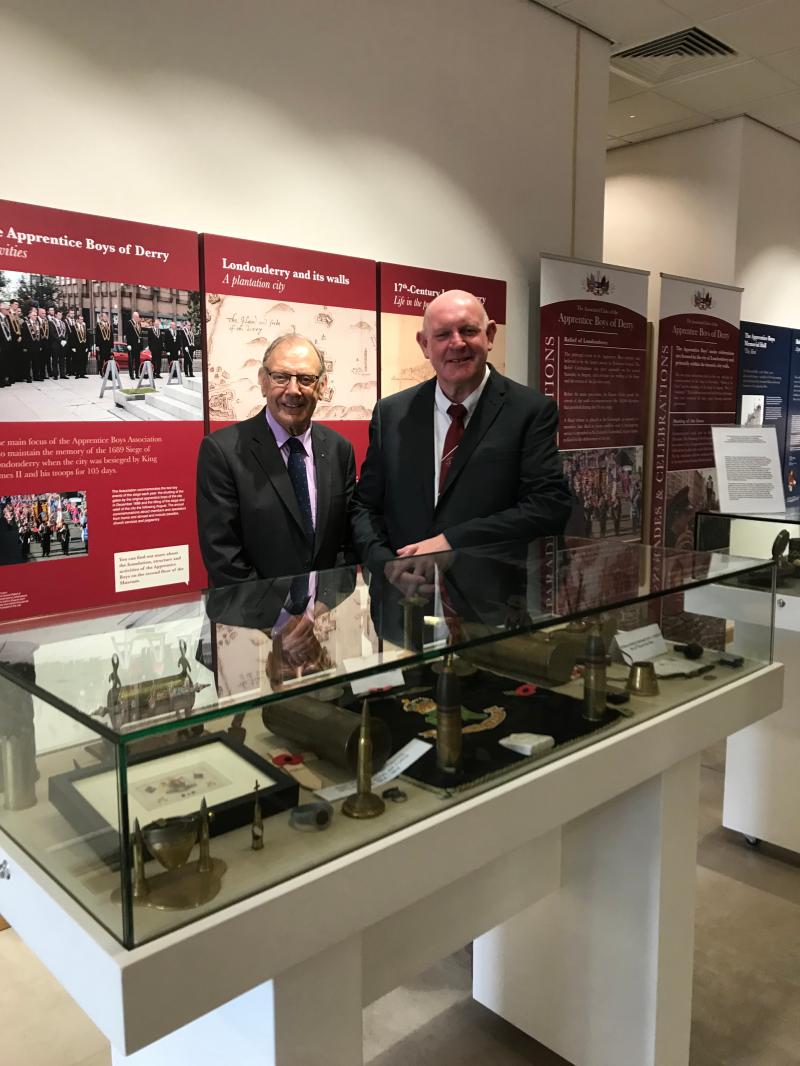 A Derry museum is encouraging people from both sides of the community to come and see its exhibition on World War I Trench art. The Trench Art Exhibition at the Siege Museum features pieces of art work made by soldiers who fought in what is now referred to as ‘The Great war’. “Because it is 100 years since the end of the Great War in 1918 the museum felt we should do something to mark it,” explained Billy Moore, Chairman of the Seige Museum’s Management Committee “The exhibit opened in February and everybody who has seen it has been amazed at what these men were able to do. “We would like people of all persuasions and political views to come and see it. “World War I isn’t just about Unionists, many Nationalists fought as well. “It is as much their war as it is ours.” Two decorative bomb shells in the exhibition hint at the shared history of the war. One bears a picture of a shamrock and the other has a picture of a shamrock over the Red Hand of Ulster. “We don’t know for sure, but there is a possibility one was made by a Catholic soldier and one was made by a Protestant,” said Mr Moore. “Irrespective of what they were what we do know is that they were at the front and many didn’t come home. “Sadly, there are very few faces you can put to the artefacts.” Shrapnel, bullets bone and wood have also been turned into impressive ornaments and keepsakes, which offer insights about the conditions in the trenches and the challenges the soldiers faced. “Making these things took their mind off the war and missing their families,” explained Mr Moore. “It was a pass time and a distraction from the extremities of war. “The soldiers were moved front the front line back to the trenches to give them a reprieve and they must have been looking to create something. “The only alternative was to smoke. “In some ways it is like the art work that prisoners would have made in Long Kesh.” The museum secured funding from the Heritage Lottery Fund to bring the exhibition which is on loan from Belfast group ‘Friends of the Fallen’. The Trench Art Exhibition at the Siege Museum on Society Street will run until the end of the year.
ADVERTISEMENT - CONTINUE READING BELOW