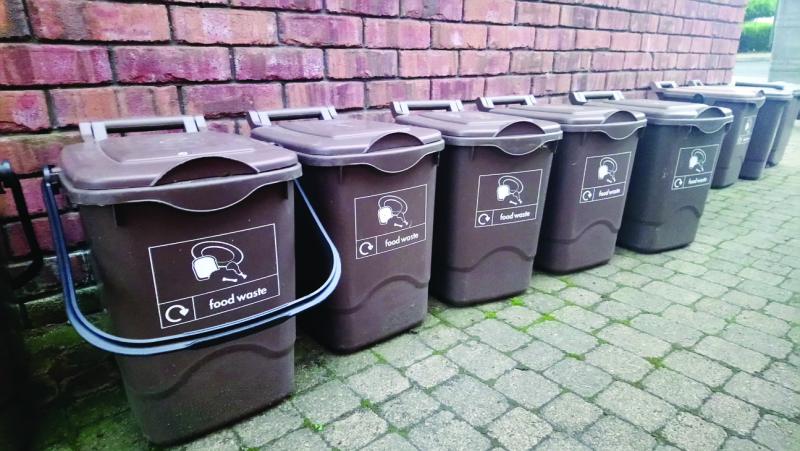 Householders in Derry have been encouraged to make better use of their brown bins for recycling in order to save money which can be reinvested elsewhere in the local council area. Significant changes have occurred within refuse collection services across the Derry City and Strabane District Council area, most notably with the introduction of food waste collections, which has seen substantial quantities of waste move from black, or residual waste bins to food caddies. The food waste caddy scheme has been in operation in Derry and Strabane since 2015 when it was introduced initially to a small number of homes as part of a pilot scheme. To date 51,000 caddies have been delivered to homes across the city and district with further plans to roll out the scheme to new areas in the coming months as resources become available. A council spokesperson said: “Council has been working hard to raise awareness of the benefits of composting food waste, and we have seen a substantial increase in the number of householders availing of the scheme over this period. “In the two quarters running July to September 2017 and October to December 2017, 1636 tonnes of food waste were collected, and this figure is expected to rise once all properties have joined the scheme. “As a result of this and other measures taken by Council the household recycling and composting rate increased to 43.82% over the same period with composting accounting for 13.35% of this total. “While this is a significant rise, more needs to be done to encourage people to build on these figures and to encourage sustainable waste practices among residents.” The council said ‘considerable savings’ can be made if people recycle their food waste using the brown bins. “It costs £60 per tonne to compost food waste, and £76 per tonne to recycle the content of blue bins, compared to £105 per tonne for residual (black bin) treatment, therefore considerable savings can be made from householders recycling and composting which can be reinvested in services within the Council area. “Additional measures such as issuing notices to those not utilising food waste caddies to deter people from disposing of food waste in black bins have now been introduced to reinforce the message about separating waste. Refuse collection crews routinely inspect bins, attaching advisory notices where and when relevant,” the spokesperson added.
ADVERTISEMENT - CONTINUE READING BELOW