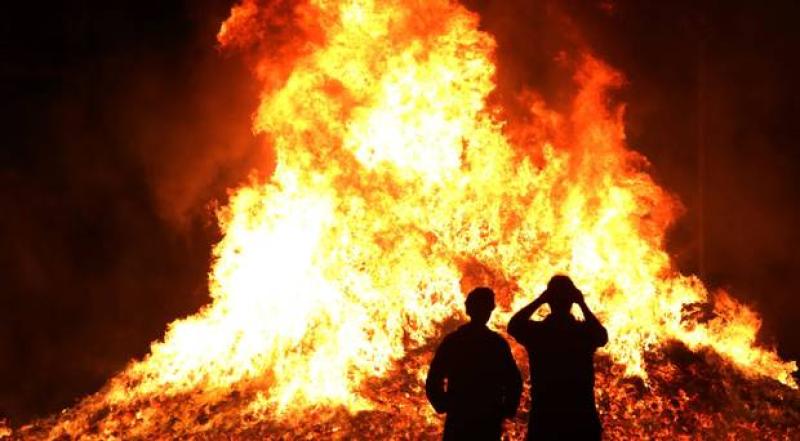 A Derry councillor has encouraged people to attend a managed bonfire in the Bogside next week instead of one that could ‘jeopardise the safety’ of residents or block roads. The comments have been made in response to youths storing bonfire materials at Meenan Square in the Bogside area of the city which was the scene of controversy two years ago on August 15 when a bonfire was built in front of the Lecky Road flyover. The vacant site has been a magnet for anti-social behaviour over the years and there have been numerous failed attempts to secure it. The area was also at the centre of six days of consecutive violence in the run-up to July 12 in which police officers were targeted with gunfire and improvised explosives and over 100 petrol bombs were thrown. On July 13. Army Technical Officers moved in to conduct searches at the Meenan Square site where it is understood they removed items being stored for the purposes of rioting. Following the unrest a motion to demolish buildings on the site was passed at a special meeting of Derry City and Strabane District Council. Since the riots there has been relative calm, however, youths have been steadily gathering pallets and other items over the past week for the annual August 15 bonfire in the city. They are being stored in the Meenan Square site and a sign was erected this week advising, ‘DUMP WOOD’, which is signed B.R.Y. (Bogside Republican Youth). Sinn Féin Councillor Patricia Logue has urged people to attend the Gasyard Féile event, Festival of Fire, on August 15 which will be ‘managed, safe and very enjoyable’. She did however add that she would support the removal of materials from the site if there was a potential safety risk. She said: “We’re all tied up with the Féile to be honest and there’s going to be a bonfire as part of that.  I am not aware of any discussions with anyone who is looking to have an alternative bonfire. “If people want a bonfire I would encourage them to take part in the managed bonfire at the Fire Festival in the Gasyard on the 15 th. “It was a brilliant event last year and I’m sure it will be even better this year.” When asked whether efforts should be made to remove the materials, Cllr Logue added: “If the bonfire material is causing an issue for people in the area, if it was blocking the road, or affecting the safety of residents, yes, I would like to see the relevant organisations responsible sorting it out. “People’s safety should not be jeopardised by anybody.” In terms of demolition of the site, Ms Logue said she is unaware of any further progress.
ADVERTISEMENT - CONTINUE READING BELOW