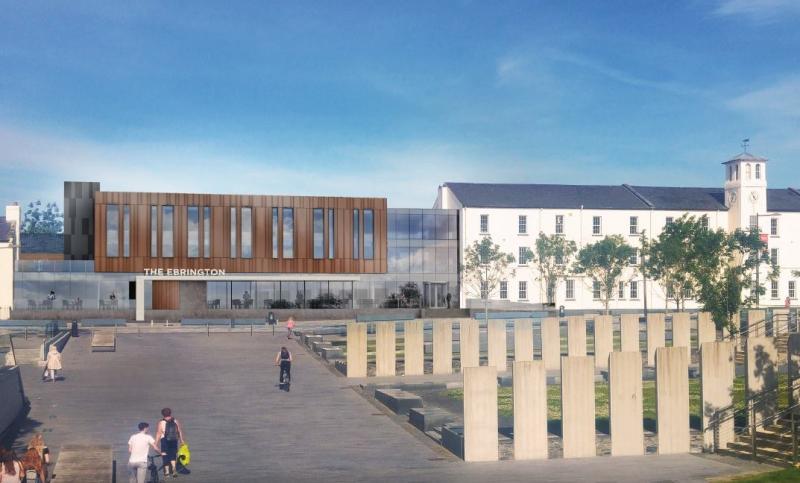 Nine people from the former Derry based urban regeneration company Ilex have received a 'substantial six figure settlement' after bringing legal action against the Northern Ireland Executive. They brought the action for unfair dismissal after being made redundant by the Ilex, trade union NIPSA said. The Executive Office said it had settled the claims 'without admission of liability'. Ilex was set up in 2003 to regenerate two former Army bases, Ebrinton (pictured above) and Fort George. It was shut down in 2016 amidst claims it had failed to deliver enough investment. An independent review, published in July 2015, criticised the company's failure to bring in private investment. In total 18 jobs were lost when the company closed. Nine of its former employees took a case against the Executive Office - formerly the Office of the First Minister and deputy First Minister (OFMDFM) - accusing it of breaching an employment law which ensures workers move from one employer to another when a business changes hands.
ADVERTISEMENT - CONTINUE READING BELOW