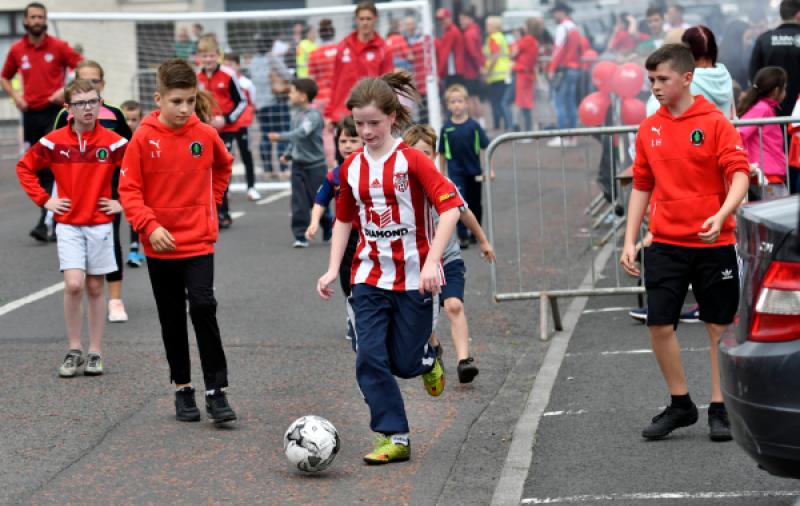 The streets of the Brandywell were awash with the red and white of Derry City again today as the community came together for 'A Day for Ryan' in memory of former Candy Stripes captain Ryan McBride. City boss Kenny Shiels and Derry City players attended the event, which began yesterday, and played their part on a memorable day for all involved, taking part in everything from penalty shoot-outs to fun five-a-sides alongside youngsters from the Brandywell. Members of the McBride family were also in attendance on what was also an emotional day for the family, who are still coming to terms with the loss of Ryan, who died early in 2017. Hundreds of children were out in force again today, with bouncy castles and face painting just some of the activities available as the Brandywell community and beyond fondly remember one of their own.
ADVERTISEMENT - CONTINUE READING BELOW