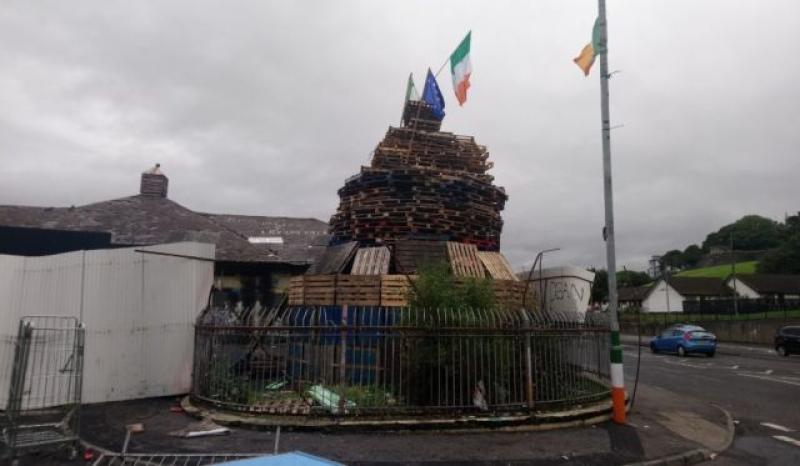 A DUP Councillor said he “absolutely disgusted” after a poppy wreath was placed on the Bogside bonfire this afternoon. The bonfire was erected in the early hours of this morning and towers over the surrounding buildings at Meenan Square. This afternoon the bonfire was decorated with a number of flags including several Union Jacks and that of the Parachute Regiment. A poppy wreath which was laid at the cenotaph in the Diamond on July 1 to commemorate soldiers who died in was also placed on it. Speaking this evening DUP Councillor Alderman Graham Warke said wreath, which was stolen on July 3, must be removed and returned. “I am absolutely disgusted to see a poppy wreath on the bonfire. “It was laid out of respect to everyone in this city and now to see it on a bonfire as absolutely disgusting. “I want it removed and returned to the cenotaph.”
ADVERTISEMENT - CONTINUE READING BELOW