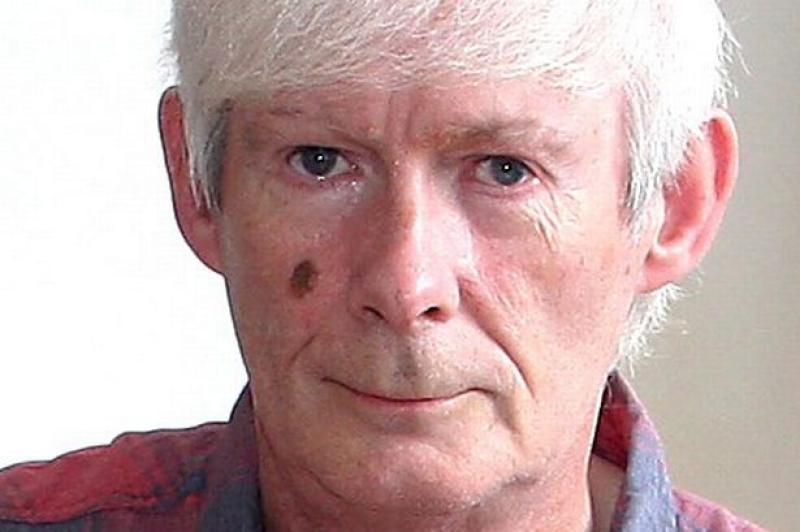 The Crown Court in Derry was told today that a 60-year-old man died from multiple injuries he sustained when a car driven by his life long friend veered across the main Derry to Belfast Road two years ago at the Foreglen Road outside Claudy and crashed head on into an oncoming van. Wilson Sherrard, pictured above, died from his injuries in Altnagelvin Hospital on August 2, 2016 shortly after a car, in which he was a front seat passenger, crashed into the oncoming van. Mr. Sherrard's life long friend and neighbour Richard Frazer, 44, who now lives at Stanley Road in Portsmouth, pleaded guilty to causing Mr. Sherrard's death by careless driving. He also pleaded guilty to inflicting multiple injuries on the van driver, also by careless driving. Both Frazer, who was also seriously injured in the crash, and the van driver were discharged from hospital on the same date, nine days after the fatal collision. A barrister for the Public Prosecution Service told Judge Philip Babington at today's sentencing hearing, which was attended by members of both the deceased's family and by members of Frazer's family, that the defendant was bringing Mr. Sherrard back from Belfast when the accident occurred. Eye witnesses told the police that Frazer's Mazda car suddenly veered across the road into the path of the oncoming Mercedes van. The car travelled on the wrong side of the road for between two and three seconds and over a distance of between forty-five and sixty-seven metres before striking the van. A forensic scientist, in his report, said the accident was caused by either Frazer having a period of inattention or a period of loss of control of his car. The prosecution barrister said one eye witness said she saw Frazer's car attempting to overtake a car in front, but she said there was no space for the overtaking movement nor was there any chance for the driver of the Mercedes van to avoid the head on crash. The barrister said Frazer could offer no explanation for the crash nor was there any evidence that provided any explanation. "This collision is hard to fathom. It took place on a clear day, on a dry road, on a wide section of road. There is no allegation of excessive speed, there were no brake marks on the road surface", he said. The barrister said the incident had all the hallmarks of Frazer having fallen asleep but the defendant said in his police interviews that he was neither tired nor exhausted. He said the fatality had had a deep impact on the family of the deceased and the family members were and remained devastated by the circumstances and they continued to suffer as a result. Defence barrister Gavyn Cairns said Frazer had instructed him to offer his abstract, genuine and heartfelt apologies to Mr. Sherrard's family and to the van driver. He said prior to the tragedy Frazer had been a life long family friend of the deceased's. "It was a terrible accident and he is still unable to say what happened seconds before the head on collision", Mr. Cairns said. The defence barrister said Frazer has not driven since the accident two years ago and he said the accident was a tragedy which had changed the lives of so many people forever. He said after the collision Frazer was breathalysed and it returned a negative result. Judge Babington said he would sentence Frazer on September 5 and he released him on continuing bail until that date. He then spoke directly to members of the Sherrard family who were in court. "To the Sherrard family I say these cases are always difficult. There is, unfortunately nothing this court nor I can say or do to lessen your loss in this matter. All I would say is this court's thoughts go out to you for bearing your terrible loss with such great dignity", he said.
ADVERTISEMENT - CONTINUE READING BELOW