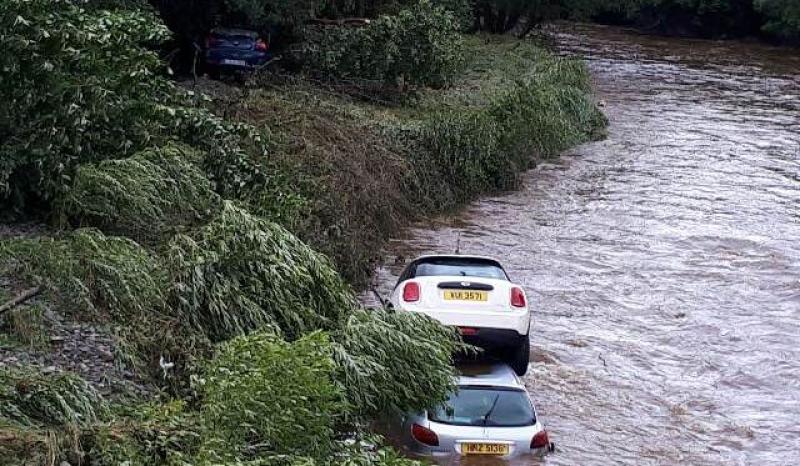 Derry City and Strabane District Council has announced that it is the first Council in the North to introduce a Climate Adaptation Plan, one year on from the devastating floods which caused widespread damage across the district last August.

The Plan is part of an EU funded project titled Climate which is supported through the Northern Periphery and Arctic Programme. Through the project Council hopes to develop an international best practice adaptation planning model to devise effective plans and actions for the City and District to tackle the effects of Climate Change.

Speaking about the project, Mayor of Derry City and Strabane District, Councillor John Boyle, said it was a positive move towards finding solutions for those worst affected by issues such as flooding.

“Obviously a year on we are all thinking back to the dramatic events of August 22nd and some people are still living with the effects of losing homes and livestock to the floods. I am delighted to see DCSDC being proactive on the issue and seeking to address some of the very real risks which can be presented by extreme weather events.

“Council has already been working on the ground with local communities and our partner agencies, to develop strategies for community resilience. While we can’t predict exactly how we will be affected by climate change in the future, we can act to ensure we are prepared for a number of outcomes based on the research and recommendations of the experts who are invested in this international project.”

The Climate Adaptation Plan will seek to address the main risks to the North West from current and projected climate change including increased rainfall, heat, rising sea levels and extreme weather events. Actions will include enhanced resilience of Council services and local communities to withstand the effects of climate change, as well as improved partnership working with agencies and stakeholders such as the Department for Infrastructure and others to mitigate against the effects of increased rainfall and flooding.

Council’s CLIMATE Project Officer Cathy Burns said the project would benefit from the expertise and experience of a body of international experts.

“The fact that we will be working closely with academics and local authorities in Sweden and agencies responsible for climate change action in UK and Ireland, will allow us to benefit from their knowledge and research, and refine our own community resilience plans even further.

“While we are in the initial stages of the project, we hope to further develop these partnerships across the wider North West region, and create a cohesive and effective task force dedicated to protecting our communities, and dealing with the issues of climate change as they arise.”

The adaptation planning process is currently underway with a dedicated working group now established, the final plan is due for completion next year.