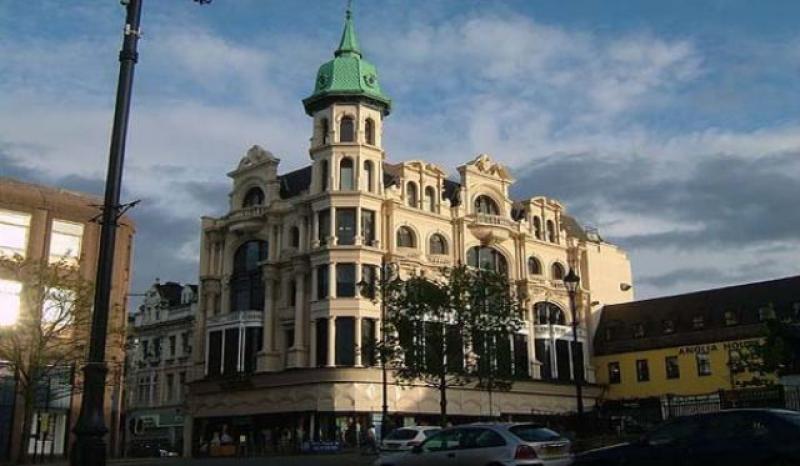 A successful retail and restaurant business is seeking to bring the Austin’s department store in Derry back into use, the Derry News can reveal. The move comes after the Derry News revealed last week that planning approval had been issued for the refurbishment of the iconic building, which has been closed since March 2016. The approval will see the ‘refurbishment and restoration’ of the vacant listed building, which has stood at the Diamond in the city for 188 years, with a new rear extension to the upper floors also planned. In wake of the story, the Derry News was contacted by owners of a successful retail and restaurant business based in the north, who revealed that they were now seeking to take over the building and re-open. The group, who did not wish to reveal their identity at this stage due to commercial sensitivities, told the Derry News that it would now be meeting with the building’s current owners, the City Hotel Group, to discuss their plans for the site. Those include a new champagne, cocktail and coffee bar, a new retail space, and the re-opening of the restaurant on the top floor. Speaking to the Derry News earlier this week, a spokesperson for the group said that they now hope that Derry City and Strabane Council, along with a government bodies, could provide assistance in helping them with their plans. “We are currently looking into bringing Austins back, bigger and better than before, and we envisage this as a store that everyone of Derry from all walks of life can visit, shop and enjoy once again,” the spokesperson said. “If the local council and government can help us achieve this and provide incentives to bring back the world's oldest department store, which is an institute in its own right, then we shall. The spokesperson continued: “Our directors have tremendous plans for Austins, which includes large open retail space, champagne, cocktail and coffee bar on the ground floor with the return of the popular roof top restaurant which will open in the evenings with late night shopping.”
ADVERTISEMENT - CONTINUE READING BELOW