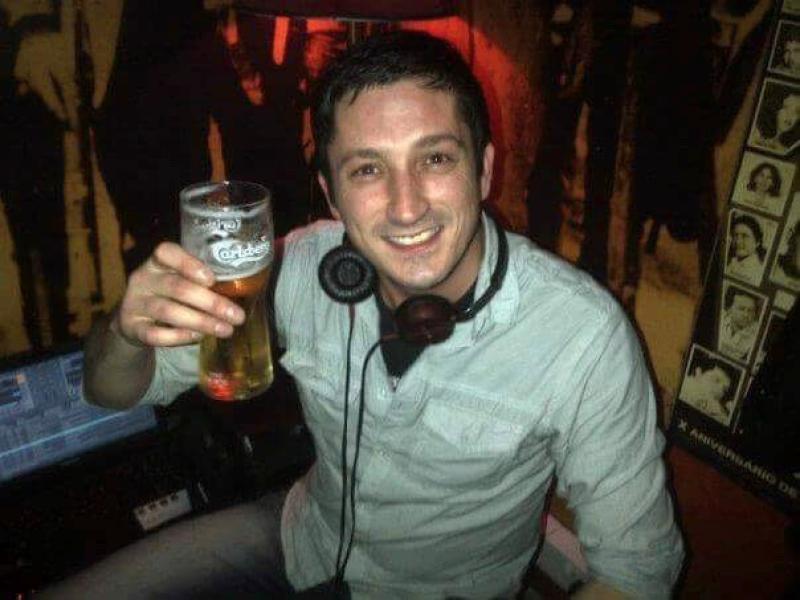 By Kevin Magee When someone famous dies there are often tributes paid by us mere mortals, we publicly mourn the loss of our heroes because of the way that they have affected our lives and that’s what I’m going to do for my friend. John Chrysafidis was a DJ for a number of years in the town and his paternal homeland Greece. You’ve probably seen him in Sandinos, The Guildhall Taphouse, Rodden’s in Buncrana or the Grand Central. The whole point of these articles is to highlight the importance of the local music scene and he and his brother Christy are widely regarded as innovators in the dance music fraternity, with tributes from Celtronic and other DJs piled up on Facebook since the terrible news seeped out last Saturday night. I’m a rocker myself and came quite late to the dance party, but God love him John did his best to educate me. He had been for a number of years one of them Derry faces I was familiar with but had no name or conversation to put with it. Over the years of being his friend I was always amazed by the education he gave me, people I should at least give a chance to listen to and always revere Michael Jackson for he is the source of all that is good in music….at least it wasn’t The Beatles. We eventually became friends over a shared love of music, films and a weird sense of humour. Our conversations always returned to music and would almost certainly contain the words Boards of Canada. As a vinyl collector it was John who encouraged me to get into DJing myself so for all those who’ve endured my weird sets, it was his fault entirely. I spent many a night with him while he was on in Sandino’s and developed an appreciation for music. I would have otherwise never entertained, I attribute my love of Prince to his sets which goes to show a DJ has done their job right if they’ve turned at least one person on to something. Just as I’m writing this I wish I had referred to him as Jimmy Rabbitte from The Commitments at least once, he had been playing the Courteeners way before any of us had even heard of them and he was the first to realise they were s***. Not only did John entertain people with other people’s music but he made his own music, he never let me hear it though. I’m sure somebody out there has heard it and it won’t be lost. Knowing John the Greek as I did I’m sure it has his perfectionist stamp all over it. I could get carried away and paint him as a one-dimensional character and forget his many other loves, including the great outdoors and adventures. I have been privy to jumping in a car with John without actually asking for a plan and ending in Donegal for the day in absolute sobriety and perfect gratitude for the beautiful scenery and the many things we could do for free right on our own doorstep. I can’t miss the opportunity to point out two facts here, the first that John was actually a fairly decent barber, which leads to the second fact that once upon a time I used to have hair and he was my personal stylist – although he eventually admitted defeat and suggested accepting baldness and shaving it off! Tributes have come in from all over, the bars and their staff he entertained in will miss him terribly, his ability to know what song to play isn’t that common, nor is the warmth and humour he exuded. His funeral was a testament to the love he showed the world with each of us leaving under no doubt that there is a time to moonwalk. I’ve waffled on enough and these memories are my own, but they are great memories and I will always look back with a smile. I’m glad I knew The Greek and I hope that your memories make you smile and hope our love is of comfort to Sophie, his parents and sisters Mia and Angela and their families. If anyone reading this, musician or otherwise feels that they need help get in touch with Help Musicians here https://www.musicmindsmatter.org.uk/ or call 0207 239 9101 or contact Samaritans 028 7126 5511.
ADVERTISEMENT - CONTINUE READING BELOW