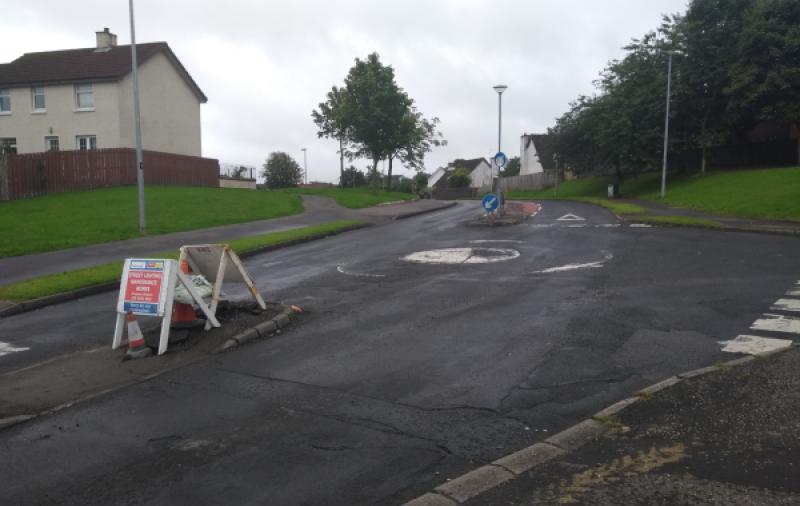 Innocent people could have been killed as a result of ‘reckless driving’ in the Hazelbank area of Derry this morning. The crash took place on the Hillfort Road at a roundabout next to Rosskeen Park between 6am-6.30am on Sunday morning, August 26. Police confirmed that they received a report of a road traffic collision in the Ringfort Road area of Derry around 6.40am this morning, Sunday August 26. Sergeant Breen said: “A black Audi A3 car was reported to have been in collision with the central reservation and a street light – and then abandoned on its roof, with the engine running. “Two males were seen running away from the vehicle. One was described as wearing a blue jacket and dark bottoms, and the other as being in dark clothing. “We would be keen to get in touch with the two occupants of the car to ensure they did not sustain any injuries in this incident and to ascertain if they can help us with our enquiries into this incident.” An individual who posted a video of the aftermath on Facebook said she witnessed ‘two boys’ getting out of the car and running away. She added: “How they’re still alive, I do not know.” A taxi man taking the lady to work was thankful she ‘took her time’ or they may have ended up ‘in the middle of it’, she commented underneath. Speaking after the incident, SDLP Councillor Shauna Cusack said the community could have been dealing with ‘multiple tragedies’. “Yet again we are dealing with the aftermath of an incident that could have taken innocent lives. I cannot comprehend why someone puts thrill seeking above the very real chance of killing themselves, their passengers or other innocent people. “This mindset has to change, a car driven recklessly is a weapon and in the wrong hands can do unimaginable damage. “This time luck was on their side, but things could have been very different and this community could facing multiple tragedies today. I would hope those involved in this type of recklessness would reflect on that.” Anyone with information about what happened should get in touch with police on the non-emergency number 101, quoting reference number 432 of 26/8/18.
ADVERTISEMENT - CONTINUE READING BELOW