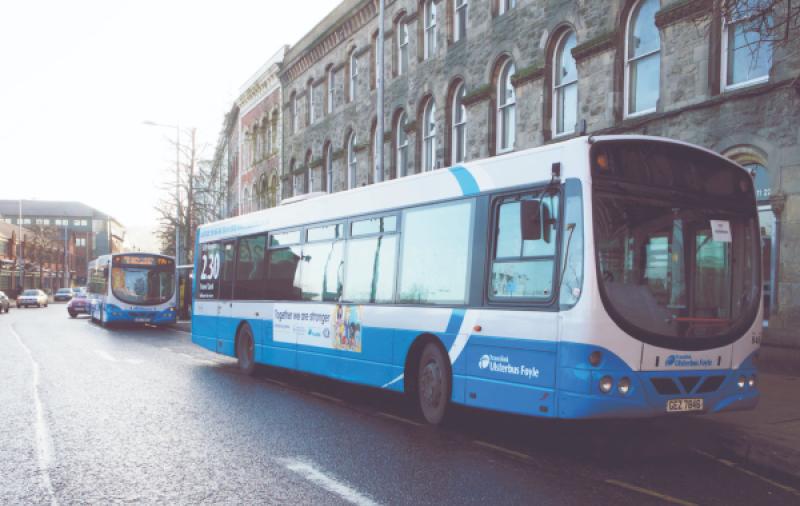 The Derry public has been invited to express their views on new bus routes running in the Creggan and Brandywell areas. Consultations will take place on the proposed amended Foyle Metro 8A route this week, on August 28 and 29. Members of the public can talk to Translink staff in Creggan each morning from 10.00 until 12.00 and the Brandywell from 13.00 until 15.00. Following approaches to Translink by local representatives regarding changes to the bus route they have now come up with a proposal which has been put forward for consultation. A new route had been operational for around a month but it has since emerged that certain political parties were unaware of the original consultation and therefore didn’t have any input at the time. And over that period members of the public have raised concerns about the omission of certain streets from the new route. Independent Councillor Gary Donnelly urged anyone affected by recent changes to the service to use this opportunity to have their voices heard. He said: “Since they changed that route myself and Sean Carr have been inundated by service users, particularly in Creggan, as a huge part of the route had been removed.  That part of the route affected people going to and from the Cathedral, the health centre, old people’s home in Little Diamond and William Street and other medical practices and solicitors are also in that area.” SDLP MLA Mark H. Durkan added that he would encourage people to go along and have their say. It is a vital service for people without access to a car and also ‘combats social isolation, especially for older folk’. A bus manned by Translink staff will carry out this consultation tomorrow and Wednesday. They will be in Creggan each morning from 10.00 until 12.00 and the Brandywell from 13.00 until 15.00. The 2 locations will be Creggan Chapel, Iniscarn Road and in the Brandywell on Brandywell Road (The Grotto).
ADVERTISEMENT - CONTINUE READING BELOW