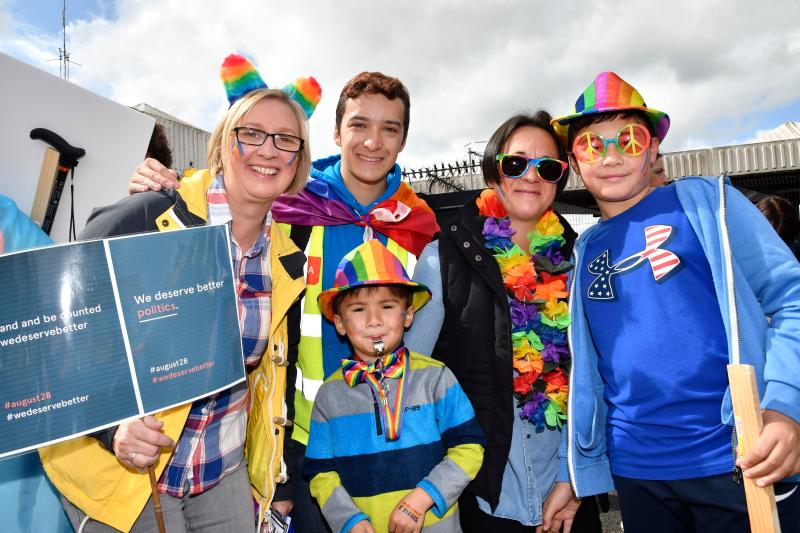 The Chair of Foyle Pride has expressed her disappointment regarding the lack of unionist representation at Saturday’s parade in Derry. The festival drew to a close at the weekend as hundreds took to the streets to celebrate 25 years of Foyle Pride. However, Chairperson and Western Health & Wellbeing Officer at the Rainbow Project, Eimear Willis said it was ‘disappointing’ that members of the LGBTQ from a unionist background went unrepresented at the parade. This year SDLP Mayor John Boyle was on holidays and unable to attend and, according to Derry City and Strabane District Council protocol, in such instances the Deputy Mayor is supposed to fulfil any engagements in place of the Mayor - in this case Alderman Derek Hussey. Alderman Hussey said he would be taking part in a Royal Black Perceptory parade on Saturday and therefore could not attend. However, he stated that it would be ‘hypocritical’ for him to attend any Foyle Pride parade as he does not support same-sex marriage. Ms Willis has pointed to a trend amongst unionist representatives in local council, as DUP Alderman Hilary McClintock during her time as Mayor in 2016/17 failed to attend both the Foyle Pride launch and parade. “We get great support from the Council and couldn’t do it without them and if the Deputy Mayor is actively choosing not to come along it would be disappointing. “The year when Hilary McClintock was Mayor she had alternative plans and couldn’t make the launch or parade, so Jim McKeever (SDLP) stood in, as the Deputy probably should, and he was amazing,” she added.
ADVERTISEMENT - CONTINUE READING BELOW