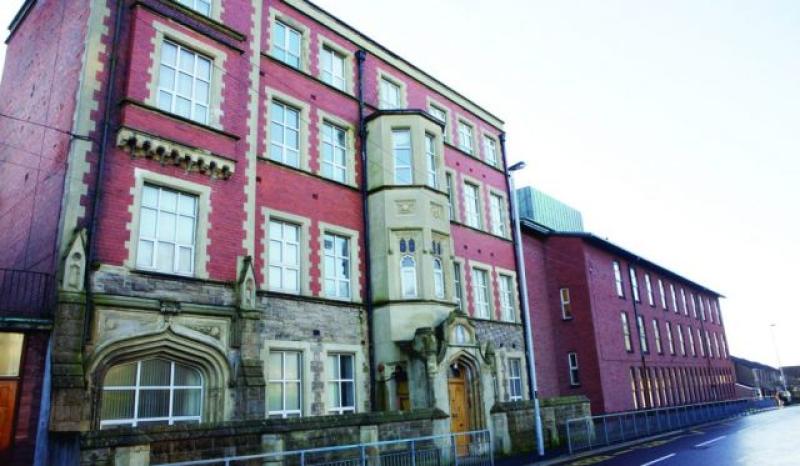 A Derry primary school is objecting to the construction of 64 new homes at the site of a former care home run by the Sisters of Nazareth in the city due to concerns over the safety of its pupils. Work was due to begin on the new social housing project earlier this year following the purchase of the building at 174 Bishop Street (pictured above) by Choice Housing Limited, which is the largest independent housing association in Northern Ireland. The building had been placed on the market with a guide price of £750,000. Choice Housing, which is based in Belfast, describes itself as being at the ‘forefront of in the provision of social housing’. The scheme will see the demolition of existing buildings at land to provide the new social housing project. The Nazareth House building, which is listed, which will remain intact. However, an objection has now been lodged against the plans by Nazareth House Primary and Primary School, which is situated next door. The letter, written by the Board of Governors of Nazareth House Primary School, outlines several aspects of the new development which they have ‘deep concerns’ over, including the impact the new development will have on child protection and the safeguarding of the pupils. The objection states that while the school would welcome any new development which seeks to ‘regenerate’ the derelict site, given the incidents of vandalism and anti-social behaviour, they now wanted clarification from the developers on a number of issues of ‘serious concerns’. This includes the construction phase itself, where the Board of Governors have asked how the developer can ensure the safety of both staff and pupils during the demolition phase, given that the buildings are ‘directly linked’ to the walkways and playground at the school. The Board of Governors have also raised what it describes as ‘deep concerns’ over the layout of the new housing development, given that the windows will directly overlook the school playground. “We express deep concern about the number of windows directly overlooking the playground together with a proposed balcony and fire escape, and their possible impact as regards child protection and safeguarding of our pupils,” the letter adds. In addition, Nazareth House Primary School is also seeking assurances on the security of their site at a number of boundary points, adding that the developer would need to erect ‘adequate security fencing’ to comply with Department of Education (DE). The Board of Governors have now called on the developers to now take their concerns into consideration. The application, which was recently re-advertised for public consultation, is being considered by Derry City and Strabane District Council and will come before a future meeting of its Planning Committee. Choice Housing had previously said work on the project, which it said is supported Northern Ireland Housing Executive (NIHE), was expected to begin in March of this year subject to planning approval being issued. It added that ‘employment opportunities’ would be created during its 24 month construction period.
ADVERTISEMENT - CONTINUE READING BELOW