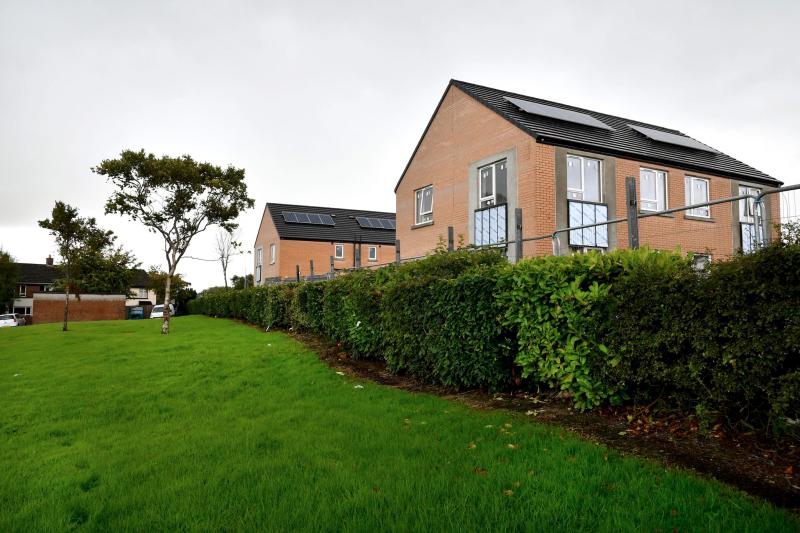 Residents in a street in Derry fear their privacy will be impacted after the removal of a high fence between them and new housing development. The palisade fence had separated Virginia Court from the site of the former Immaculate Conception College site, where Apex Housing have recently built 78 new houses. It has now been removed in places and replaced with a lower fence and a gateway. A local resident, who does not wish to be named, said he was given a verbal assurances at a public consultation held by Apex around 18 months ago that the fence would remain in its entirety. “We were told there was a possibility they would be putting in a gate but we said we wanted the boundary fence to be kept up in its entirety,” he told the Derry News. “We were told it would be retained, but they have now taken parts of the fence down and put in a gate. “The new fence is at least three feet lower, I could climb over if I wanted to.” A spokesperson for Apex Housing told the Derry News that the new fence and gate are in compliance with planning approval issued for the development. “Apex is erecting a new section of high quality railings and a gate to the side of an existing open space in accordance with the planning approval for this scheme,” the spokesperson said. “The opening and closing of the gate will be managed by Apex. “The existing palisade fence is being retained when it sits alongside existing homes and we will use a variety of methods to lessen its impact in a residential environment. “Apex has to comply with the statutory planning approval and this was made clear in our consultations with the community.” The new £6,474,000 development at the Immaculate Conception site will link the road network from Corrody Road to Trench Road and will be allocated to people on the housing list from October. It will comprise of 38 two-bedroom houses, 20 three bedroom houses, 12 one bedroom apartments, three complex needs bungalows, one complex needs house and four four-bedroom houses. :
ADVERTISEMENT - CONTINUE READING BELOW