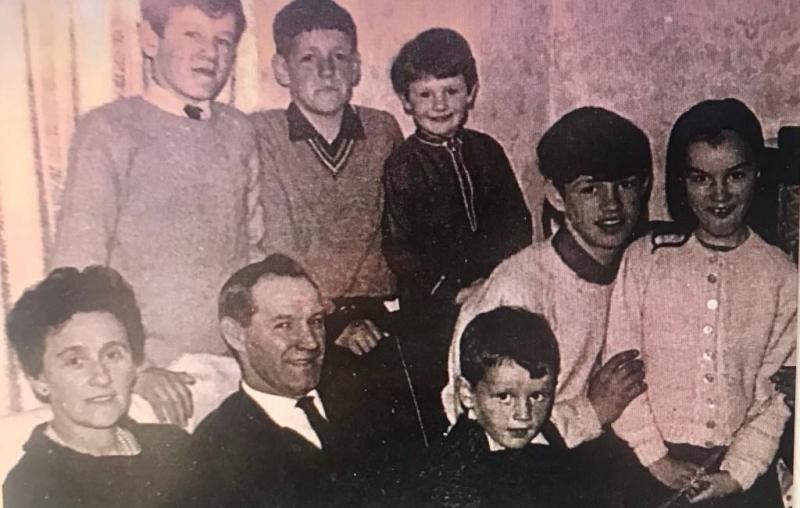 The inquest findings on the death of Derry mother-of-six shot dead by a British Soldier have been adjourned until next month. Kathleen Thompson, 47, was shot dead in the back garden at her Rathlin Drive home in Creggan by a bullet fired by a British soldier on November 6, 1971. Around midnight on the night Mrs Thompson was shot dead, members of the Royal Green Jacket Regiment carried out a raid on a house in Rathlin Drive. Shortly after the raid Mrs Thompson was found dead in her garden, where she had been discovered by her husband, Patrick, and daughter, Minty, who was 12-years-old at the time. Mrs Thompson had been killed by a high velocity bullet that had struck her in the chest. The inquest concluded in March for Judge Sandra Crawford to consider the evidence and produce her findings. However, the inquest findings, which were to be delivered in June, have been adjourned again until October 2. Pictured above: Kathleen Thompson and her husband, Patrick with their six children
ADVERTISEMENT - CONTINUE READING BELOW