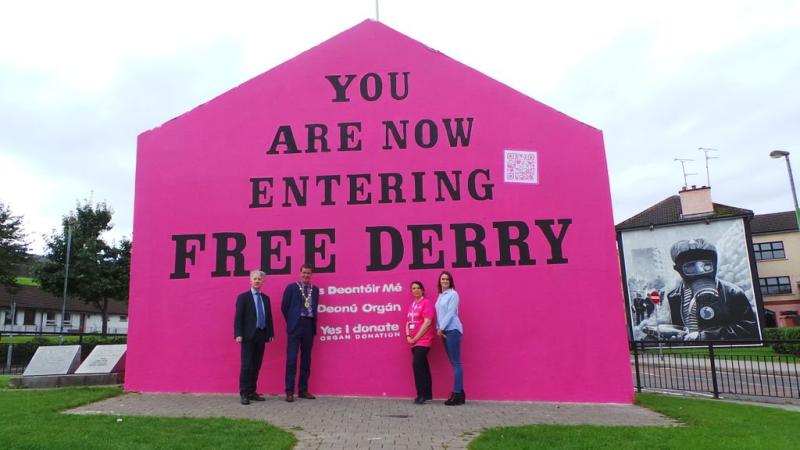 A unionist MLA has hit out after Free Derry Corner in the Bogside area of the city was painted pink promote Organ Donation Week. The landmark, which is usually painted white, has its colours changed throughout the year to promote various causes, such as being painted yellow to highlight Sarcoma Awareness. It was painted pink earlier this week as part of a push by the Western Trust to raise awareness of organ donation. However, Fermanagh and South Tyrone UUP MLA Rosemary Barton has described the move by the Trust as 'abhorrent', describing Free Derry Corner as 'an overt Irish Republican symbol'. On her Twitter account, she posted: "Abhorrent of the Western Health and Social Care Trust to use an overt Irish Republican symbol and location (often used by violent republican groups) to promote Organ Donation Week. "It seems they are promoting the Irish Republican viewpoint rather than organ donation. "Poor decision." The Trust posted a picture of the freshly painted Free Derry Corner on social and encouraged people to support organ donation to share their own photographs on the page. "We're painting the town pink for organ donation week," they wrote. "If you're passing the Free Derry Wall why not stop and take a snap. "Share your photos to help us raise awareness to encourage people to discuss organ donation with their families."
ADVERTISEMENT - CONTINUE READING BELOW