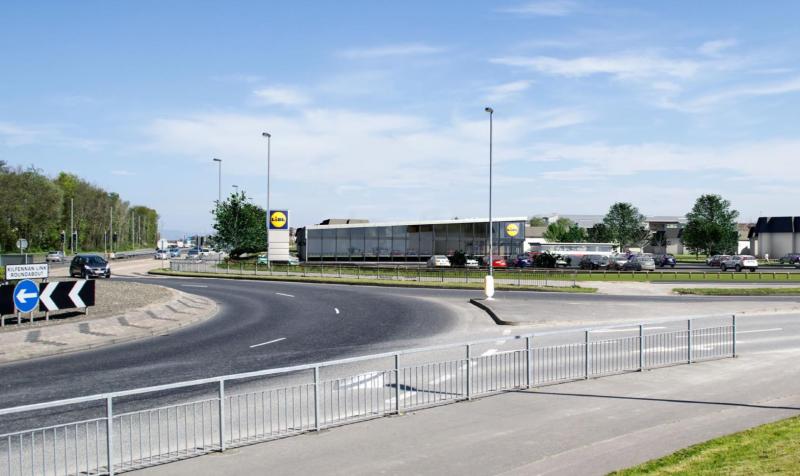 THE supermarket giant Lidl is inviting members of the public to attend a consultation event in Derry today where plans for a massive new store in the Waterside area will be on display. Lidl is planning to open a second store in Derry on the Crescent Link, at an area of land close to the Kilfennan Link Roundabout. Today’s event, which will be held at the Crescent Community and Cultural Centre in Sperrin Park, is the first of three public events being held to discuss the plans. Today’s drop-in session will run from 11am to 1pm, with the second event to be at the same venue from 4pm to 7pm, next Thursday, September 13. That will be followed by an event scheduled to be held in the Waterfoot Hotel on Wednesday, September 28, where the plans will be on show. The news comes after the Derry News revealed in August of last year that Lidl was planning to replace its existing store on the Buncrana Road with a new store a short distance away at the junction of Buncrana Road and the Springtown Road. The proposed new modern store will be located at 6 Springtown Drive, at vacant lands bounded by the Springtown Road and Buncrana Road. The new store would be larger, have a wider range of goods and increased car parking space. Speaking ahead of today’s event, the DUP Waterside councillor David Ramsey urged people to attend the upcoming events so that they had the ‘chance to have their say’ on the plans. “This is a very significant development planned for a key site in the Waterside and I would urge people to go along to at least one of these events and ensure their opinions are heard,” he said.
ADVERTISEMENT - CONTINUE READING BELOW