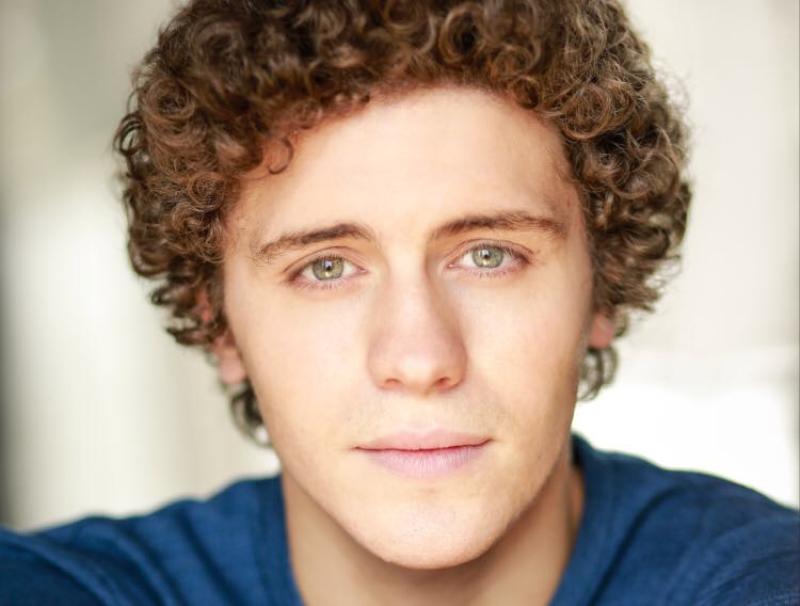 He’s fondly known as ‘the wee English fella’ in Derry Girls – but in October Dylan Llewellyn will be showing a different side to his talents when he takes to the catwalk at Derry’s biggest fashion celebration, Fashion Fest, on Saturday October 13. The cast and crew will be making a welcome return to the city next month, to begin filming the second series of local writer Lisa McGee’s hit comedy which takes a rather irreverent but hilarious look back at the Derry of her childhood, in the midst of the chaos of the Troubles. For the very few who haven’t switched on to the show, Dylan plays the slightly bewildered English cousin of the mouthy Michelle Mallon, who has to attend the all-girl Our Lady Immaculate College for his own protection. His charmingly naïve character is the perfect contrast to the outrageous Derry girls, whose antics inevitably lead to mayhem wherever they go. The show has already garnered the attention of the critics, picking up a string of awards including two Irish Film and TV Awards, an Edinburgh TV Award, and scooping the Radio Times Comedy Champion award. And the second series promises to be just as successful with its winning combination of cringe-inducing 90’s nostalgia and biting comedy. The cast are now looking forward to getting back together in the coming weeks, having been caught up in the whirlwind of publicity surrounding the show. As an honorary Derry girl, Dylan has already been immersed in the local culture thanks to his co-stars, and is looking forward to his return to the city. Invited by Derry City and Strabane District Council to present this year’s Fashion Fest event, Dylan will have the opportunity to impress a whole host of Derry girls at the North West’s premiere fashion showcase event. While he admits he isn’t a quite style icon, the popular actor, who hails from Reigate, is already planning his outfit – but promises he won’t be out to steal the show. “I can’t wait to get back to Derry, I had such a good time when I was there filming with the cast and crew,” he insists. “I love Ireland and having the opportunity to spend some time there filming in Derry and Belfast has been a real experience.” When he first received the script for Derry Girls, Dylan says he just knew it was going to be big – but didn’t realise just quite how big. “When I read it I loved it right away, I thought it was hilarious,” he recalls. “I just knew when I was on set with the cast and crew that it was going to be something pretty special. But I didn’t think it would be breaking records to the extent that it is – I had thought we might pick up about 500k viewers – but not 2.5million. That’s just phenomenal.” The cast and crew had the chance to travel round a number of locations in Derry and also Belfast where they had access to a studio. And Dylan managed to sample a bit of the famous local hospitality while he was here – but not too much he insists. “The girls did take me out a bit in Derry so I got to try out some of the local bars and the nightlife, and the local music – but I’m not a big drinker. I was very responsible I promise. “The nightlife is just amazing over there, I really enjoyed it, and I’m looking forward to seeing a bit more when I get back. I absolutely love the banter and the Irish sense of humour, that’s what makes the place for me. The girls have all taken me to meet their families and made me feel really welcome.” His character James certainly won’t be setting many trends but what about Dylan’s own style? The former Hollyoaks actor is quietly confident that he can hold his own at Fashion Fest. But he won’t be trying out any Blue Steel moves of his own. “I’m on it – but I would say I will play it safe and go for a nice suit on the night. I think fashion is all relative really – it’s all about your own perceptions. I quite like vintage styles myself, 50’s, 60’s era - nothing too loud. Though I do quite like a Hawaiian shirt. I’ve got quite a cool military jacket which I like and a nice Harrington jacket which is a bit James Dean. I like to keep things simple - I won’t be out to steal the show.” Derry Girls serves as a painful reminder of some of the fashion crazes we would all rather forget from the 90’s, with shell suits, crunchy perms and bomber jackets galore. In terms of his own fashion faux pas however Dylan has emerged virtually unscathed so far in the family photo album. “I don’t think I’ve ever worn anything I’m really ashamed of,” he admits. “I’m very partial to pink though, so I have worn pink shirts or pink jumpers which can be really hard to pull off. But I think I handled it,” he laughs. “This is my first official Fashion event so I’m really looking forward to it. Perhaps I’ll pick up a few tips while I’m there. Going from my past experiences out in Derry I know it will definitely be a great night out.” You can catch up with Dylan Llewellyn at the Guildhall, where the Fashion Showcase event will be dazzling audiences with an array of classic and contemporary couture on October 13th, including a collection by celebrity stylist and esteemed fashion designer Kate Halfpenny. The London based designer counts celebrities such as Rihanna, Erin O Connor and Kate Moss among her clients and will be closing the show with her luxury brand Halfpenny London, showing pieces from her bridal collection as well as her 'Black Edit Collection'. You can find out more about Fashion Fest and purchase tickets for the event at www.derrystrabane.com/fashionfest Follow us on Instagram @FashionFestDerry
ADVERTISEMENT - CONTINUE READING BELOW